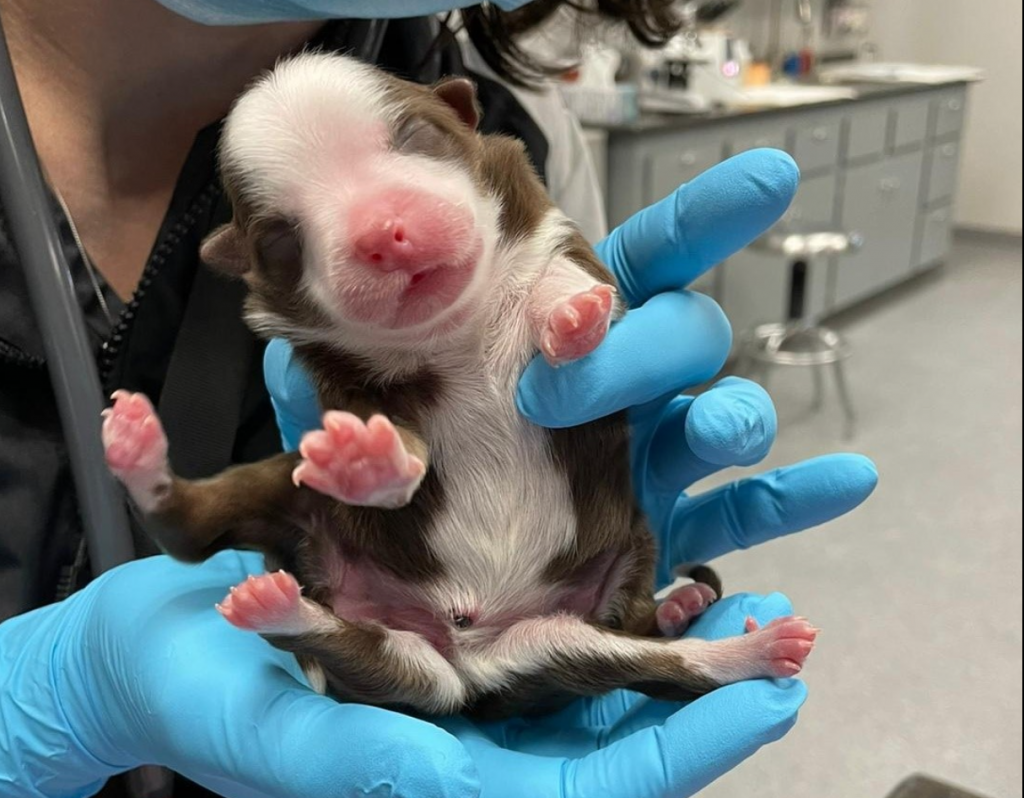 “This is a miracle named Skipper.”

The veterinary team were delighted at the birth of their latest puppy called Skipper.

The Neel Veterinary Hospital in Oklahoma City believe Skipper is the first canine with six legs to be born alive.

Despite some signs of spina bifida, the hospital says her organs “appear to be in great shape.”

“This is a miracle named Skipper. Literally. She has survived longer than we suspect any other canine has (at just 4 days old – published research does not indicate one has been born alive) with her combination of congenital conditions. You might notice she looks a little different – 6 legs!”

According to UPI, Skipper is “very strong” and is doing well at her owner’s home.