A Galway family are putting on a light show for charity 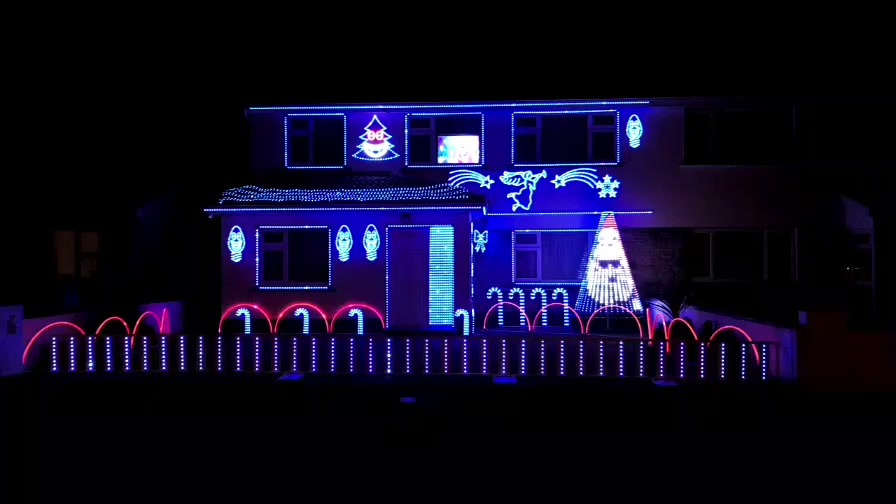 The Carrick family in Galway have been busy prepping for their annual Christmas light show.

With over 12000 lights and 800 hours of work James Carrick and his family have decorated their home to raise funds for Pieta House.

Speaking to The Hub as part of #CareThisChristmas James said:

“I’ve been out in the shed spending about 800 hours building a light show for Christmas. It’s taken me this long to get it together, to get everything put together. We’ve been running the show now for Pieta House since last Saturday night and it’s been going really well.”

When speaking about how the idea came about James explained that he always had Christmas lights on his house, However, after bad weather conditions hampered with the exhibition James went back to drawing board.

He then came up with the idea, saying:

“I came across the channel on YouTube, a bit like the Danny DeVito Deck the Halls. And I said to her, I said, “What do you think of this idea for next year?” And she just looked at me and she says, “If you’re going to do it, go big or go home.”

The show is on from 7pm till 10pm every evening all the way up to Christmas with all proceeds going to Pieta House.

James also said that every night he gets asked the same question.

“I get four questions every night. I’ll tell you what the four of them are. And one of them is, “What do your neighbors think?” The the other, “How much is your electricity bill?”

“How long does it take you to put it together? How much does it cost, and what do your neighbours think?”