Irish pop singer Aimée did her very first radio interview on iRadio with Aidan & Oonagh in the morning back in April of last year.

You can check that out HERE

In less than twelve months, she’s released three singles which combined have clocked up over two million streams & has now just released her Debut EP ‘Confessions‘. 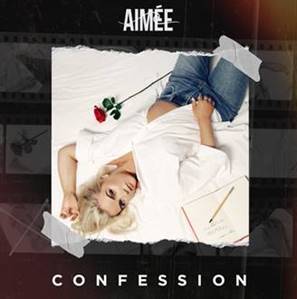 She had a sold out headline show in Grand Social in Dublin & has been added to the line ups for Festivals such as Sea Sessions, Body & Soul, Sult Festival, No Where We’d Rather Be & Indie 2020.

She was due to have a headline show in the iconic venue Whelan’s on friday last but with the current situation in Ireland, it has been pushed back to Wednesday October 7th and tickets for the original show are valid for the new rescheduled date.

“Saving my favourite till last on the EP! A song dedicated to every Mam out there who dedicated their life to make their children feel loved, safe & inspired. My Mam was my soulmate, my biggest inspiration. I try every single day to make her proud. I just know that she will be singing and dancing to this one in heaven…”

The video has just been released today & was recorded in the Axis Theatre & Stella Cinema in Dublin.

You can check it out here and keep an eye out for some of her family members who play cameo roles.

Over half a million people receiving social welfare in Ireland, says CSO