A woman’s post about how her friends stepped in during a tough period of grief in her life has re-emerged online. 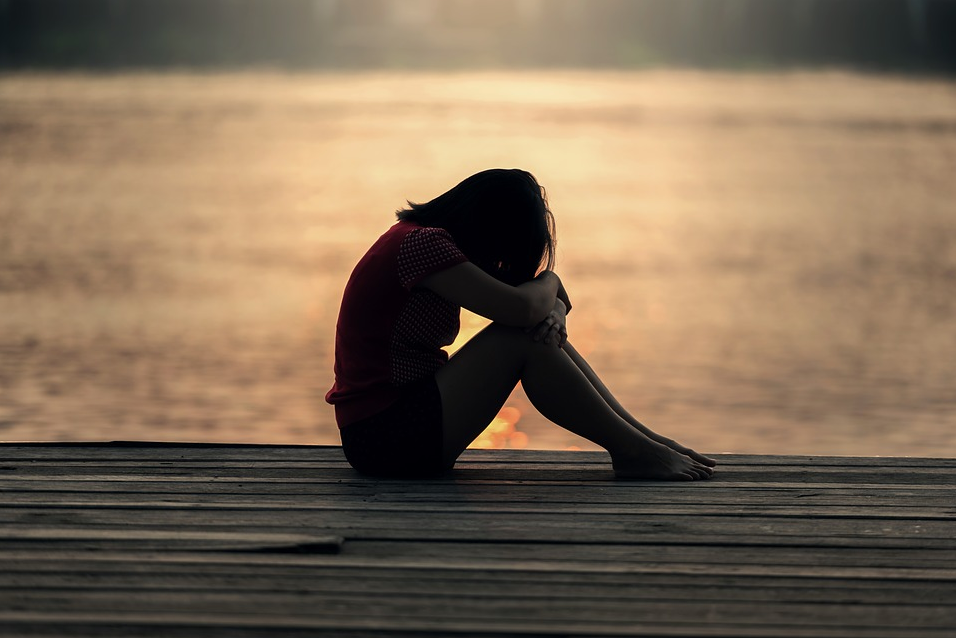 The tweets were originally posted in August 2018, but today have surfaced on Imgur after garnering additional attention online.

Sheila O’Malley explained that in she struggled a lot following her Dad’s death, explaining that she was unable to unpack her boxes in her new apartment due to her heartbreak.

She explained that at that time she cried for 19-days-straight.

Shiela O’Malley explained “My good friend David – whom I’ve known since high school – knew I was struggling and he felt helpless. He said ‘you are loved’ ‘we need you’. I was like, ‘Doesn’t matter, but thanks’. So he took a risk”.

Shiela went on to explain that David took matters into his own hands. 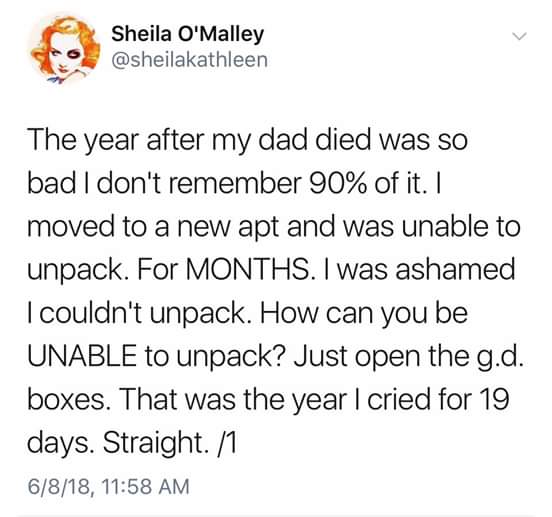 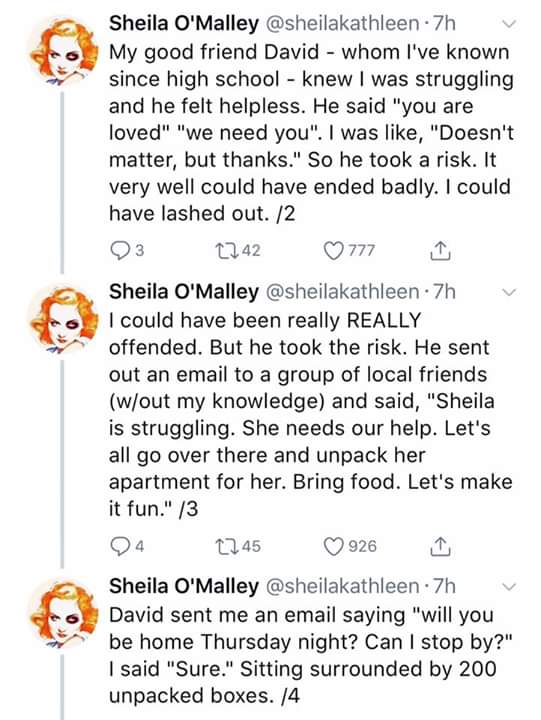 Without her knowledge, David had arranged that Shiela’s friends arrive at her house to take control and help her to make her house a home.

“I literally was unable to do the simplest things. And nobody judged me”.

They took a break for dinner, after one of her friends had set up a “taco-making station in the kitchen”.

“I was literally unable to do the simplest things”, she wrote. “They were like superheroes, sweeping in. One friend arrived late, stood in the hallway, looked at me and said “PUT ME TO WORK”. 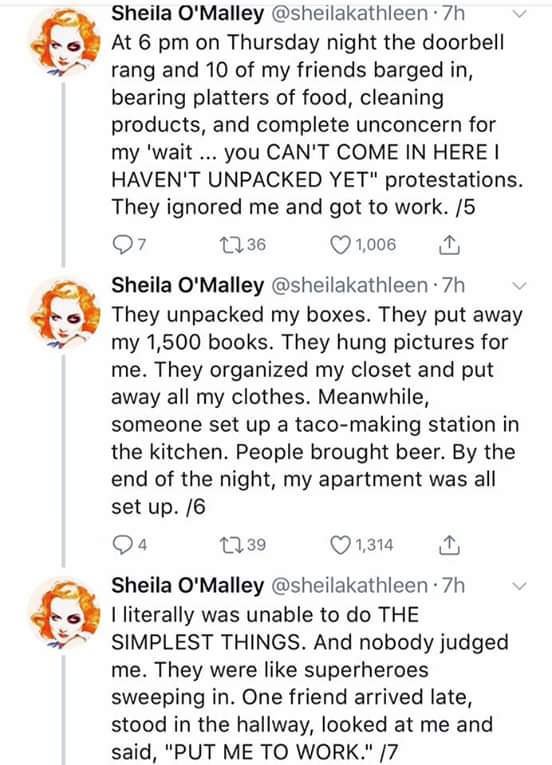 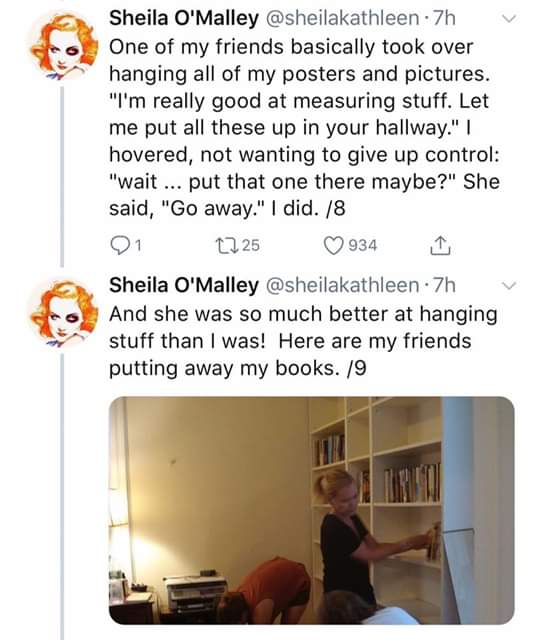 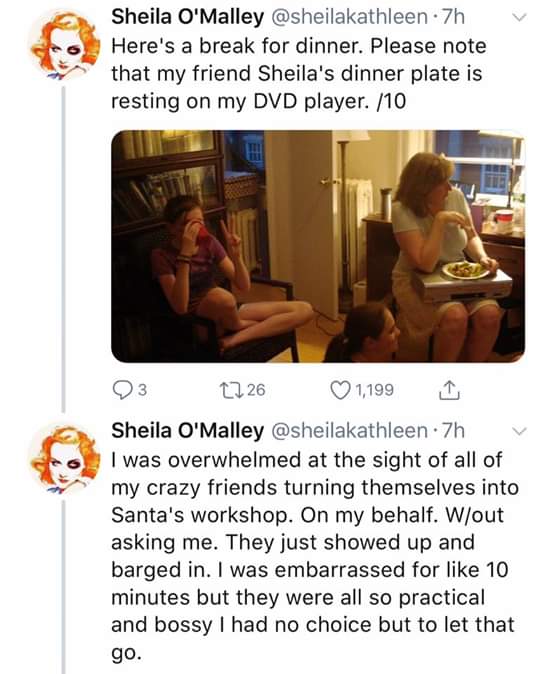 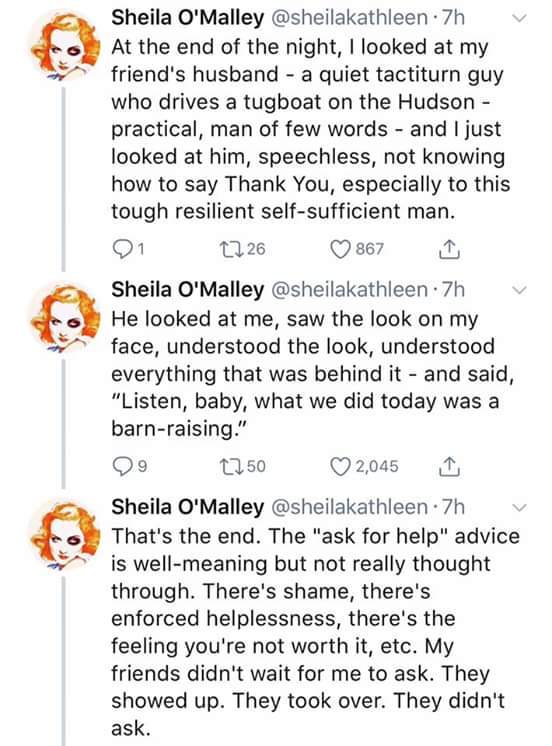 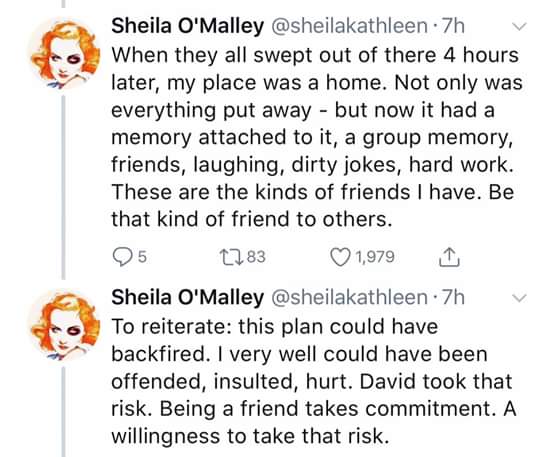 Shiela importantly points out that this plan may have backfired.

“I very well could have been offenced, insulted, hurt. David took that risk. Being a friend takes commitment. A willingness to take that risk”.

Overall, a heartwarming story that highlights the importance of friendship, especially in people’s time of need.

Would this method work for everyone? Of course not. Every individual’s grief affects them differently, but we’re glad Shiela’s friends provided the correct help for her at that time.

If you have been affected by this article, you can contact the following organizations for support: