One of the biggest cereal brands in the world has teamed up with one the biggest hit songs of 2016.

Kellogg’s have announced that they’re launching a ‘Baby Shark’ cereal.

The multigrain cereal will contain toffee flavoured fish shaped made from rice, wholegrain, oats and maize.

According to Tyla, they’re also free from artificial flavours and colours. 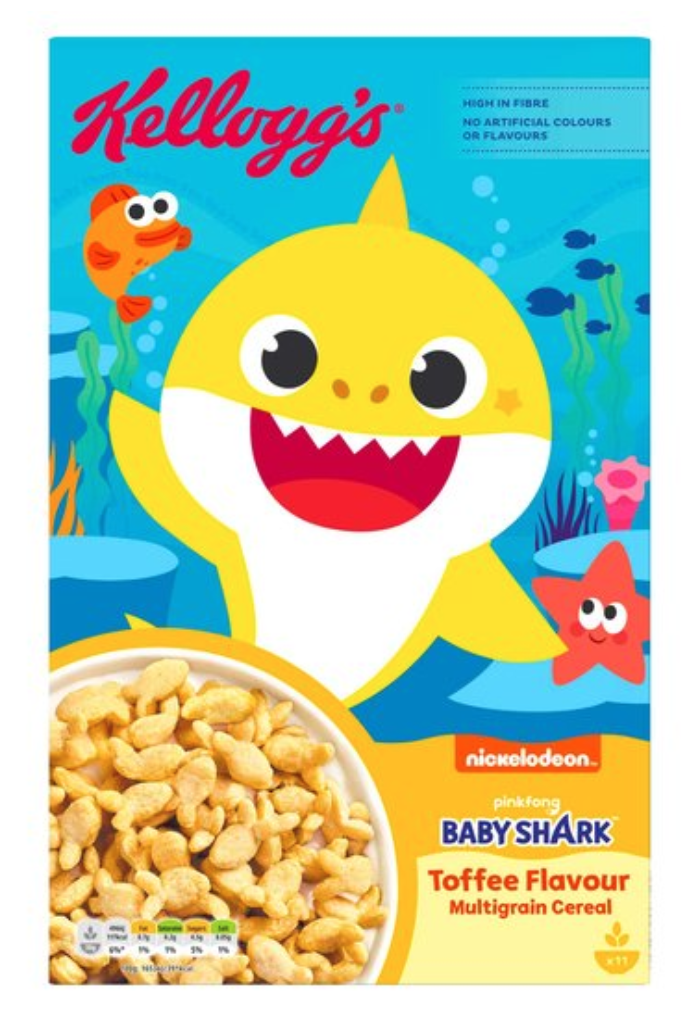 Facebook users have given the cereal the thumbs up with one person saying:

“Starting my day off right with some toffee flavoured baby shark cereal.”

“My little boy loves them.”

The cereal is currently only available in the UK.
This isn’t Kellogg’s first exciting combination lately as they released Kellogg’s Chocolate Frosted Flakes which can be delivered to your front door from Cereal Killer Cafe