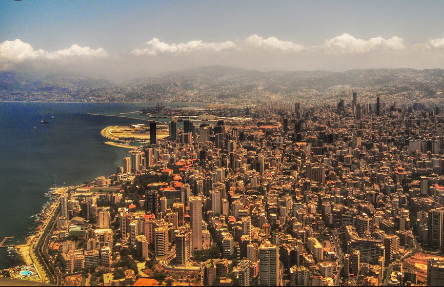 The blast killed at least 135 people on Tuesday.

Emergency supplies are arriving in Beirut to help the hundreds of thousands of people whose lives and homes were shattered during the port explosion on Tuesday.

The blast which killed at least 135 people, was caused by nearly 3-thousand tonnes of ammonium nitrate stored unsafely in a warehouse.

Many residents have accused the Lebanese government of corruption, neglect and mismanagement.

And new footage, which emerged on Wednesday of a Lebanese bride posing a wedding video at the very moment the blast went off and swept across the capital, captures just how much of shock the blast was for the entire city.

Israa Seblani, 29, was outside Le Gray Hotel, where she and husband, Ahmad Subeih, were due to spend their first night as newlyweds.

BEIRUT BLAST: A bride posing for a photos in her wedding dress has her session cut short in a terrifying manner – as the shock wave from the explosion that rocked Beirut hits. https://t.co/1RhQeLjsrP pic.twitter.com/c0mOKRc0jN

A number of port officials in Beirut have been placed under house arrest, as an investigation into the explosion in the Lebanese capital continues.