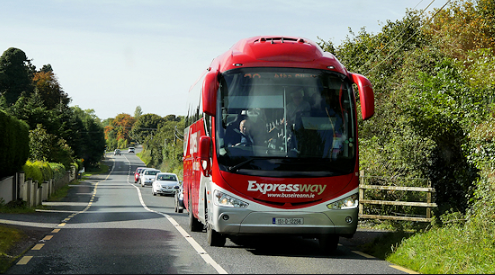 ”All safety procedures were followed and the emergency services were immediately”.

Eighteen people have been injured in after a bus travelling from Letterkenny to Dublin crashed with a truck in Monaghan on Thursday afternoon, reports Donegal News.

The accident, involving Bus Eireann’s Route 32 service, occurred at around midday in Castleblayney.

Those injured were taken Our Lady of Lourdes Hospital, Drogheda and local Gardai have said none of the injuries are life-threatening.

Bus Éireann released a statement about the incident and said “all safety procedures were followed”.

“Bus Éireann can confirm that one of its coaches was involved in a collision this afternoon with another vehicle at the Ballybay turn off in Castleblayney, Co. Monaghan. This occurred at approximately midday on the Route 32 service, which departed Letterkenny at 0920,” said a Bus Éireann spokesperson.

“All safety procedures were followed and the emergency services were immediately called and are currently at the scene of the accident. Our driver along with 27 passengers were on board at the time.”

A spokesperson for the Gardai told Donegal News: “Gardaí attended a road traffic collision on the N2 outside Castleblayney, Co. Monaghan which occurred at approximately 1pm today, 14th November 2019. The collision involved a truck and a bus.

“A section of the N2 was closed for a short period of time and the road has later re-opened. A total of eighteen people were taken to Our Lady of Lourdes Hospital, Drogheda with injuries. None of which were life-threatening.”

What your e-mail lingo actually says about you