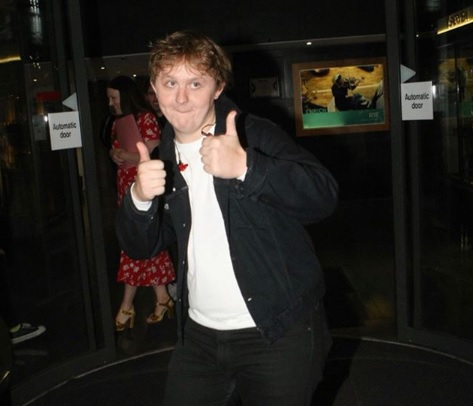 Everyone’s favourite Scottish singer and internet star Lewis Capaldi is at it again.

He bagged two awards from his four nominations at the Brit Awards, one for best new artist and best song for ‘Someone You Loved’ which had a phenomenal run at the top of the charts internationally.

The awards themselves were dominated by rap artists, with Stormzy really coming up top of the nominations.

But it was Capaldi’s acceptance speech for best song that has us in stitches. He took a bit of a dig at his ex, Paige:

In the speech, Lewis addresses the fact that the hit song isn’t about his ex, Love Island contestant Paige Turley, but his late granny. We’ve mentioned that before, but the way the line is delivered is just excellent!

He’s done what Capaldi does best and lit up the internet!

lewis capaldi did nOT just call out paige pic.twitter.com/zIziYE9Dud

When Lewis Capaldi drops the news that his songs not even about Paige after winning 2 Britt awards… ✌🏼 #lovelsland pic.twitter.com/N2NaHjYJSx

I can’t get over Lewis Capaldi making it clear his song wasn’t about Paige .. who will tell her … #loveisland pic.twitter.com/DnHiZPzJCV

Love the fact @LewisCapaldi has just done Paige right over🤣🤣🤣