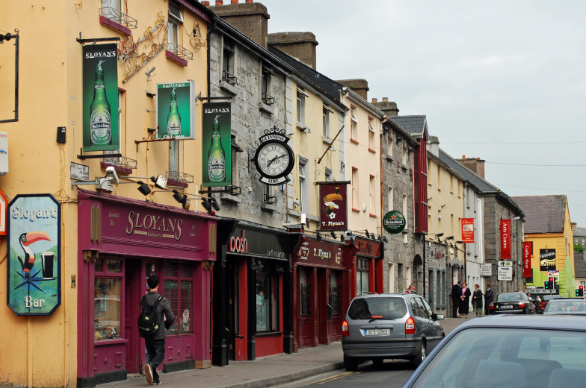 Castlebar is now the luckiest town in Europe!

The National Lottery have revealed that the winning Euromillions ticket sold on Tuesday was purchased in Castlebar, Co. Mayo.

The prize is worth €17m and was sold in the Mulroy’s Londis in town.

Remarkably it’s the third time a winning Euromillions ticket has been sold in Castlebar, which boasts a population of 12,000 – making it the luckiest town in Europe.

Overall, it’s the first Irish win this year and the 15th since Euromillions began in 2004

The winner of the EuroMillions jackpot worth 17 million euro has come forward.

People will have as much as five years to pay off any income tax due this year if they've been on COVID wage supports.

The European Commission has said the General Court made a number of errors of law, and making sure companies pay their fair share of tax remains a top priority

NPHET has warned that everyone needs to reduce their contacts, particularly those in Waterford, Louth, Cork, Kildare, Wicklow and Galway.