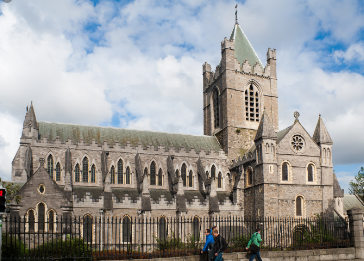 The Army Bomb Disposal unit has removed a firework in “strange packaging” from the scene of a bomb scare at Christchurch in Dublin.

Roads around Christchurch Cathedral in Dublin have since re-opened following a security alert.

Gardai and the army bomb squad were called in this afternoon, amid reports a suspicious device was found.

The scene has since been declared safe, and has re-opened to pedestrians and traffic.