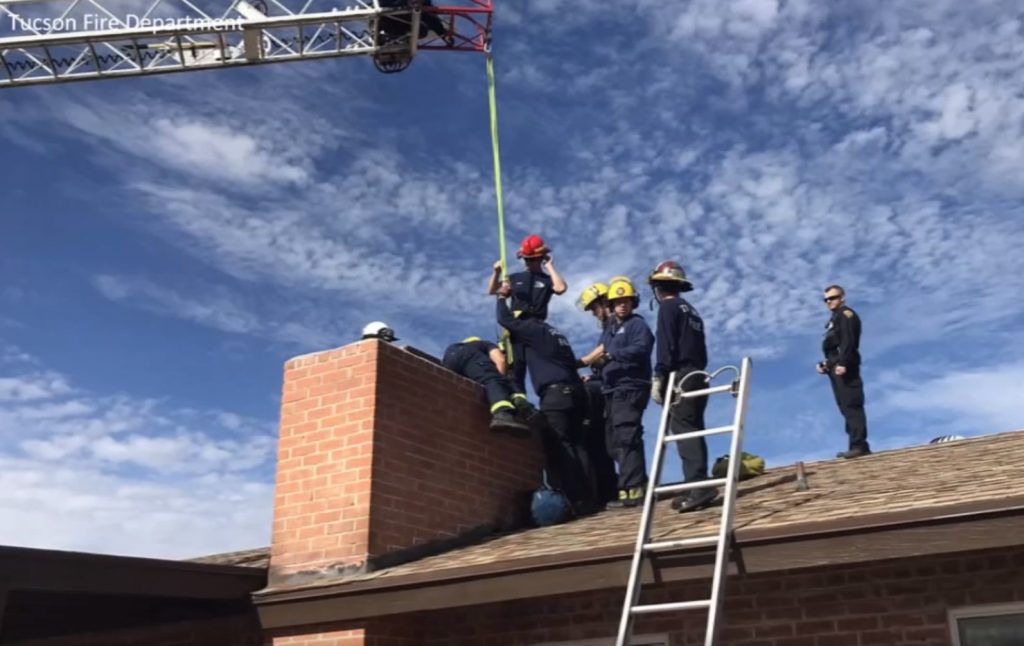 In the United States, a man was arrested after getting stuck in a chimney at a house in Tucson, Arizona earlier this week.

It’s reported the house was vacant at the time.

Local media report firefighters arrived at the scene after neighbours heard calls for help, and found the man’s legs dangling in the chimney.

He was rescued with the help of a crane, and local police then charged him with trespassing.