Going to the cinema just as good for you as a light cardio workout, study says 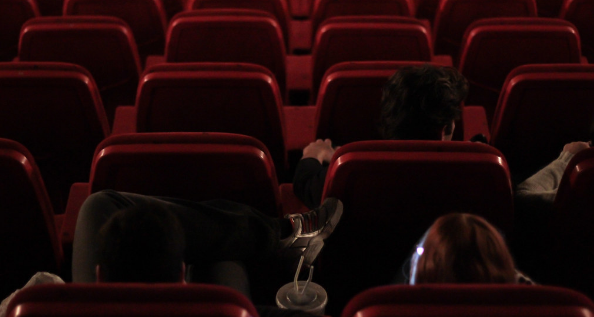 Research found that a trip to the cinema can have the same effect as a brisk walk or some gardening.

Scientists in the UK are claiming that a trip to the cinema could be as good for you as a light cardio workout.

Research by the experts at University College London has found it could provide a boost for your heart, and benefit memory and concentration.

Watching a movie at home doesn’t seem to have the same effect though – because it doesn’t have your undivided attention in the same way.

The study found your heart rate increases as much as it would during light cardio for some 45 minutes in the cinema.

The body reacts and is stimulated as your brain becomes immersed in the movie and that long period of focus also has benefits for the mind, researchers said.

A trip to the movies could boost concentration and memory by focusing on one thing for so long instead of juggling multiples devices such as smartphones, tablets and television when watching a film at home.

Scientists noted that people in the cinema spent around 45 minutes in a ‘healthy heart zone’ with their heart beating at between 40 and 80 per cent of its maximum rate.

Which would have the same effect as a brisk walk or some gardening.

The hearts of people watching the film also appeared to synchronise and beat in unison, which could create a feeling of togetherness, the study added.

As well as physical benefits, the problem-solving skills used when trying to follow a plot are a good workout for the brain.

The absolute perfect excuse to head to the cinema, if you ever needed one on the first place.

The twins clash over coupling up in tonight’s Love Island