We know it’s a fantasy show… but we’re pretty sure there’s no Starbucks in Westeros!

Fans of Game of Thrones spotted a hilarious gaffe in Episode 4 and have been reacting to a mistake in one of the show’s scenes, after a coffee cup was left on a table. 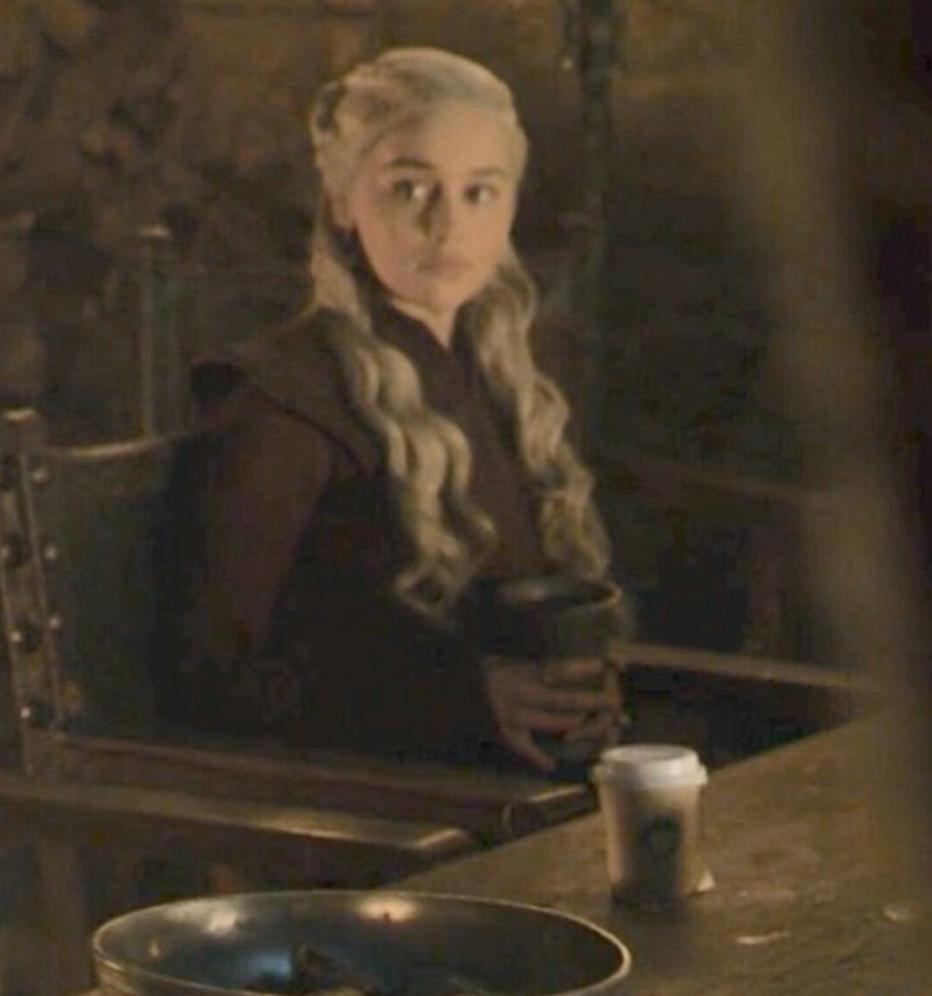 Still image via GOT

The cup in question was originally thought to have been a cup from Starbucks, after a fan spotted the gaffe and posted a video to Twitter.

According to Bernie Caulfield, an executive producer on the show, the offending cup was just a simple mistake. “We’re sorry!” Caulfield said in an interview with WNYC radio today, before quipping that “Westeros was the first place to actually, you know, have Starbucks.”

As chance would have it, Starbucks is using the mistake to plug its completely non-GoT related ‘Dragon Drink’. Or is a mastermind marketeer behind it all?

We could have a conspiracy on our hands!