They released a statement.

The programmes will no longer be filmed to help limit the spread of Coronavirus and ensure the safety of workers. Last week, the TV broadcaster said that it would reduce the filming schedule of both soaps and only air three days a week.

However, it’s now taking extra measures and has immediately halted filming from today. Their statement, as reported on Tyla.com states:

“ITV has sadly taken the decision to suspend production of the soaps Coronation Street and Emmerdale with effect from Monday 23 March.

“We’ve been doing our best to carry on filming, whilst adhering to the government’s latest health guidelines, to ensure we’ve episodes of both soaps airing on ITV until at least the early summer. 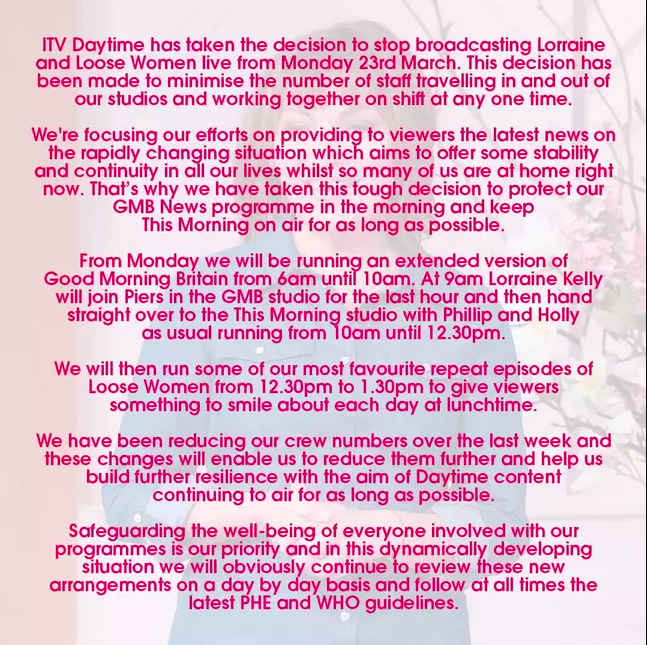 ITV said in another statement that Loose Women will air repeats instead of going live while Lorraine Kelly will appear on Good Morning Britain for the final hour, instead of hosting her own show.

Meanwhile Good Morning Britain will be extended from 6am until 10am and This Morning will continue to be presented by Phillip Schofield and Holly Willoughby for as long as it was deemed safe.