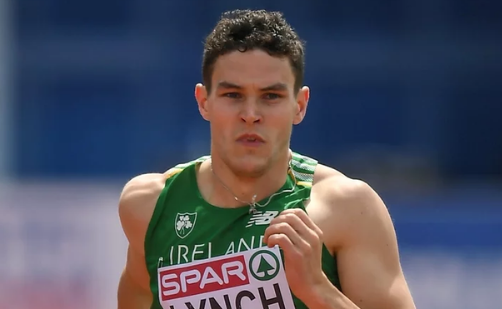 Mr. Lynch has a young child and was engaged to be married.

A man who was killed in a single vehicle car crash has been named as Craig Lynch, a noted athlete who previously represented Ireland at the European Championships.

The school teacher died following a collision on the R163 at Headfort near Kells, Co. Meath at around 20 to 2 on Sunday morning.

His body was removed to the mortuary at Navan Hospital.

Speaking to indpendent.ie, Mervin Dickson, a coach for Shercock Athlete Club, said everyone was devastated following the tragic accident.

“The family is heartbroken,” he said.

“It’s a big shock for everyone. He was one of the best athletes we ever had.”

In a post on social media, Shercock Athletics Club extended its sympathies to his fiancée, daughter, family and friends:

“Following the tragic death of Craig Lynch, one of our most talented athletes, in a car accident last night, our thoughts and sympathies are with his parents, brothers, sisters, daughter, fiancée and all family members, indeed the whole Shercock community at this sad time.

Local councillor Sarah Reilly said: “It was very upsetting to hear that a young man has died in such awful circumstances.

“The whole community is just in shock and my thoughts and prayers are with his family during this very sad time.”

The teacher from county Cavan was the National Indoor 60-metres champion in 2016.

He had also been part of the Ireland team that represented the country at the 2015 World Relay Championships.

In the wake of the tragic news, people have begun to pay tribute to the athlete via social media.

Absolutely heartbreaking to hear of the tragic death of @CraigLynch400 Deepest condolences to his family & friends! A truely great guy with a brilliant outlook on life, a terrible loss to such a young life, he will missed by so many!! pic.twitter.com/ZPv9K08JR5

Gardaí are appealing for witnesses following the single-vehicle fatal crash.