Curtis and Maura get the shift on Love Island tonight 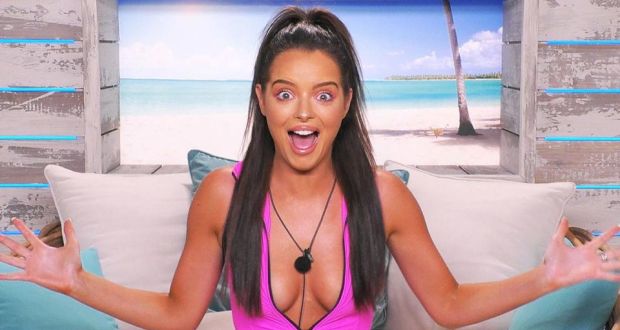 Chris and Francesca cause a stir 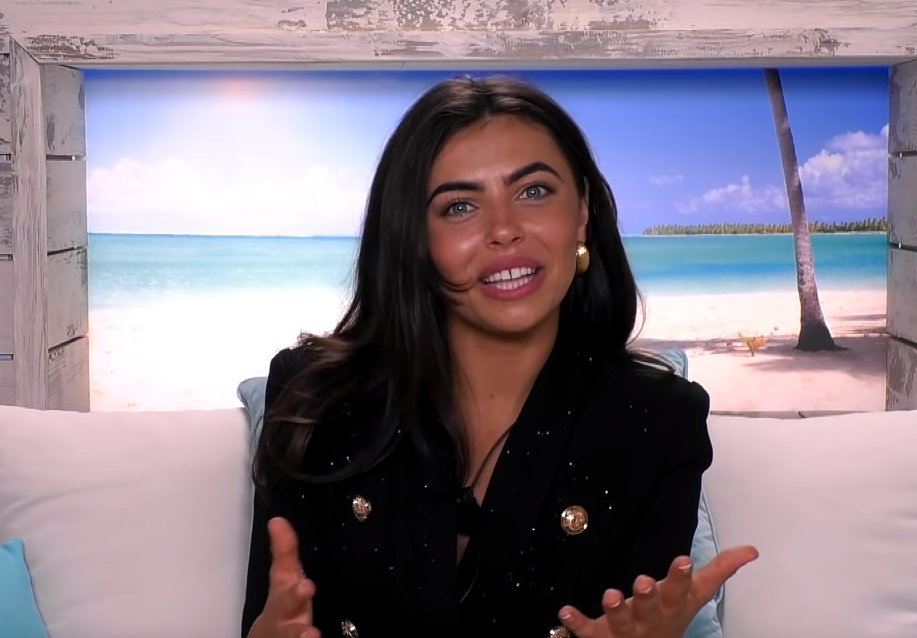 Chris and Francesca arrive at the villa and they meet the rest of the Islanders for the first time. The Islanders waste no time in getting to know the newbies, and are keen to know who they’ve got their eyes on. Jordan asks Chris to describe his perfect girl and Chris says “I’d say blonde hair and I like big bright eyes.” Anton is feeling the heat as he feels Chris is describing Belle.

The next day, Francesca receives a text, which reads “Francesca and Chris. This afternoon you will each be going on two dates, please now choose your first dates and ask them out. #decisionsdecisions #spoiltforchoice”

The four Islanders arrive at the date and start to get to know each other. Belle and Chris bond over their love of dogs and  Chris then says to Belle “I actually do fancy you. I could tell you’ve got a bit about you and I wanted to get to know you.”

Over at Francesca and Ovie’s date, Ovie wastes no time in complimenting Francesca. He says “One physical thing that I do like and it’s a big deal for me…eyes! You’ve got the eyes.”

Francesca says to Ovie “You’re so chilled out. I like that. You’re so easy to be around and you’re so pretty.”

The dates soon come to an end and it’s time for Francesca and Chris to each choose another Islander to date. Back at the villa, Curtis receives a text which reads “Curtis. Francesca has chosen you for her 2nd date. Please get ready to leave the villa. #chachachangeup #getamoveon”

Maura doesn’t appear pleased about Curtis heading out of the villa for a date. However, she soon receives a text too, which reads “Maura. Chris has chosen you for his 2nd date. Please get ready to leave the villa. #lessismaura”

Maura and Curtis arrive at their respective dates and Maura is keen to know why Chris picked her for a date. He tells her “You’ve got a cracking personality. You’re the type of girl you’d give stick out, but I think you can take it as well.”

Chris says “I’m glad you said that because when you asked me why I took you on a date, I was going to say ‘to see if it’s all talk’.”

Amber confesses she still has feelings for Michael 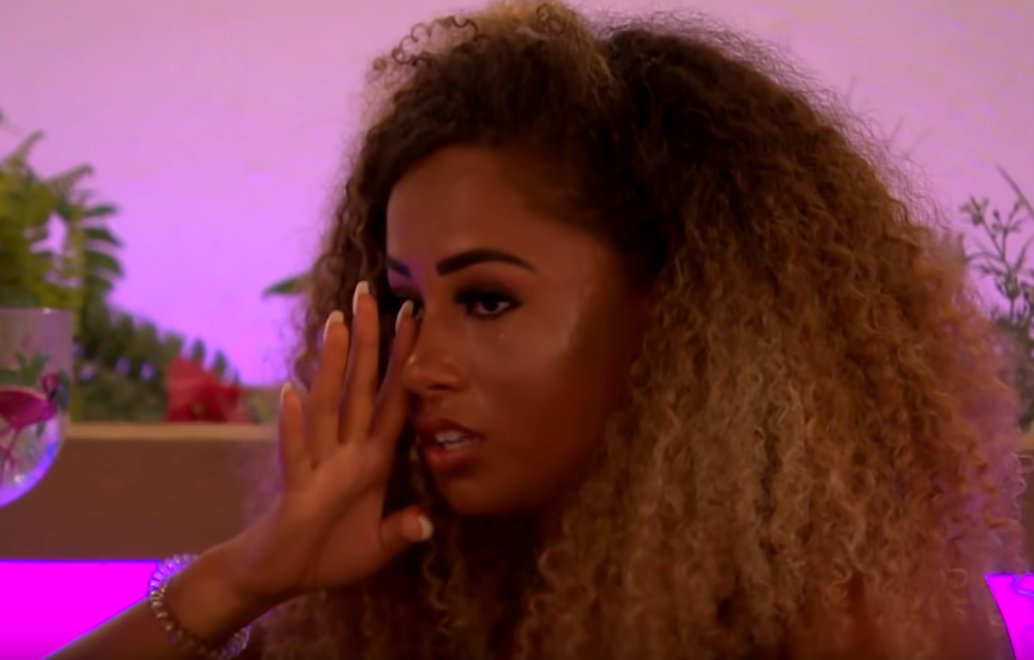 As Chris and Francesca settle in to villa life, Anna and Maura are keen to know what Amber thinks of Chris. Speaking at the fire pit, Amber says “He ticks a couple of boxes but not enough to constitute me cracking on with him.”

Amber becomes upset and admits she still has feelings for Michael and tells Anna and Maura “I can’t switch off my feelings. I still like Michael.”

Amber adds “Chris is lovely and he’s got tattoos and he’s tall but I just had something with Michael.”

Hearts are racing in tonight’s challenge 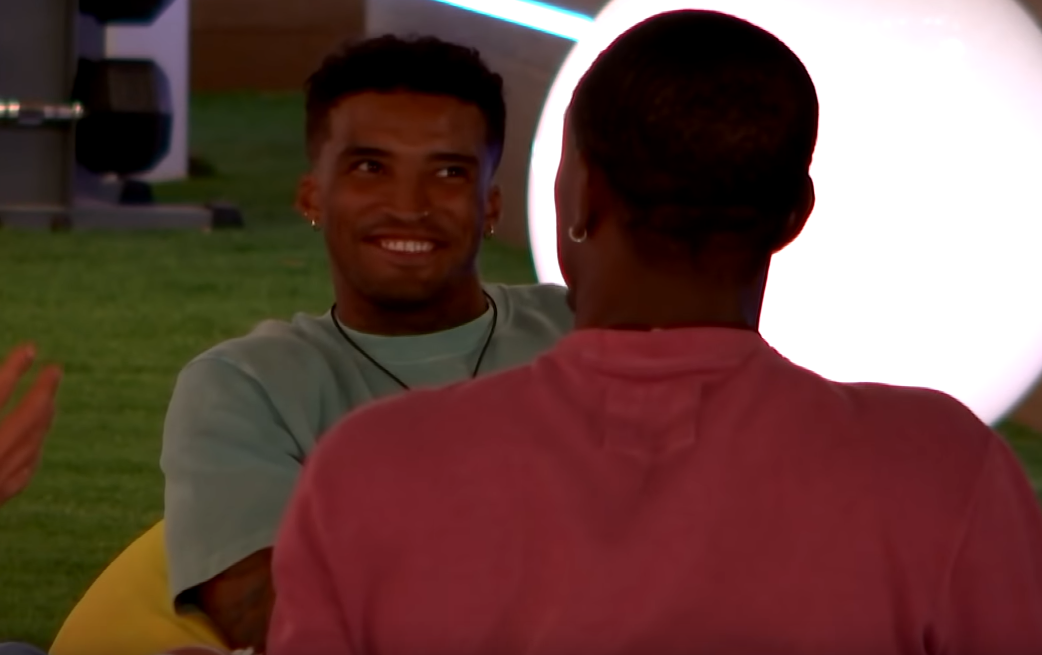 As the Islanders relax in the garden, Molly-Mae receives a text, which reads “Islanders. Tonight, you will get each other’s hearts racing in a boys vs girls challenge. #dirtydancing #bringontheflutters”

Maura sees this as her opportunity to turn up the heat with Curtis. In the Beach Hut, she says “I’ve got a bit of a plan up my sleeve. I just can’t wait to get to Curtis!”

The boys will wear heart rate monitors while each girl performs a dance routine. Once each girl has had the opportunity to dance, the boys will then do the same for the girls. It will then be revealed which boy got which girl’s heart racing the most and vice versa. Finally, it will be determined whether the boys or girls heart rates increased the most and which team reigned supreme in tonight’s challenge.

As the girls take to the stage, Joanna is first up and is keen to impress Michael. In the Beach Hut, she says “I definitely kept Michael waiting. I made sure he watched me with the other boys to see what he was missing!”

Maura cranks up the heat and uses this as her opportunity to lock lips with Curtis. The pair share a smooch and Curtis is left speechless by Maura’s moves.

The boys then take to the stage and Anton’s performance is a pleasant surprise for all the girls. In the Beach Hut, Maura reflects on Anton’s dance. She says “That was hot.”

Similarly, Anna is blown away by Anton. She says “He is an undercover hotty!”

Finally, professional dancer Curtis takes to the stage and has all the girls screaming with excitement as he emerges. In the Beach Hut, Amber says “Curtis gets a ten out of ten from me!”

As Curtis comes to Maura, he picks up her and returns the favour by planting a kiss on her.

Love Island is back on Virgin Media Two tonight from 9pm.