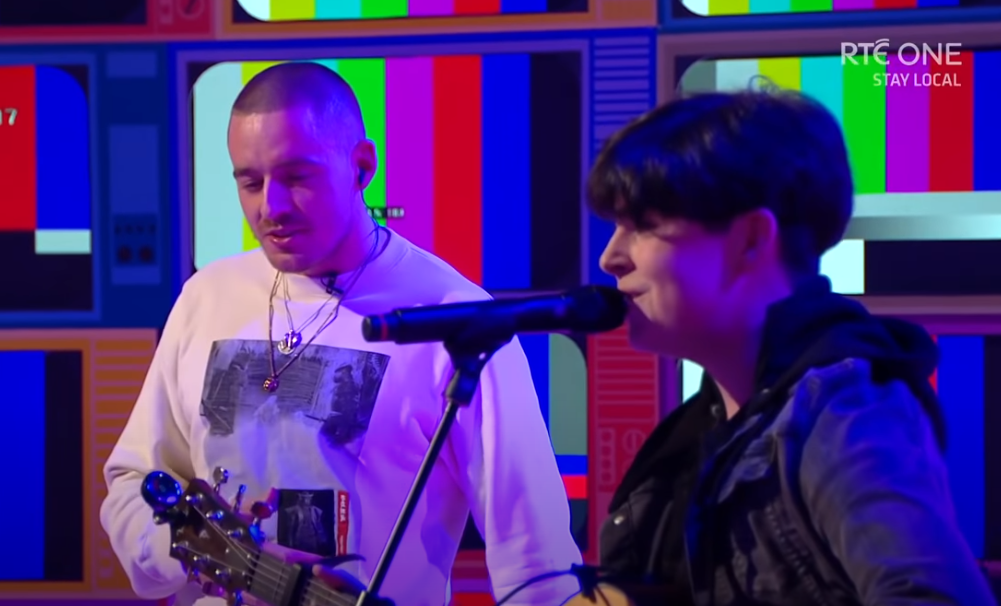 Michael Moloney got the fright of his life when Dermot took to the stage.

The Late Late Toy Show went down a treat last night. Each year we go through a whirlwind of emotions watching it.

From laughter to tears to surprises. The surprises are always a hit when someone gets to meet their idol.

It was the perfect setting. Michael Moloney, a Mayo teen singer-songwriter, had just spoken to Tubs briefly before starting his performance.

With the Late Late band behind him, Michael erupted into his version of “Giants”, which it was safe to say went down a huge hit.

But to start the second verse, Michael noticed a familiar sounding backing singer had joined him on stage… Dermot Kennedy himself!

The look of surprise, awe and excitement on Michael’s face made the performance alone.

Dermot admitted afterwards he was probably as nervous as Michael being on the Toy Show stage.

Watch the full performance below on the Late Late Show’s Youtube channel:

Over half of remote workers wear pyjamas on the job