A number of leading Tories are in the running to replace Theresa May. 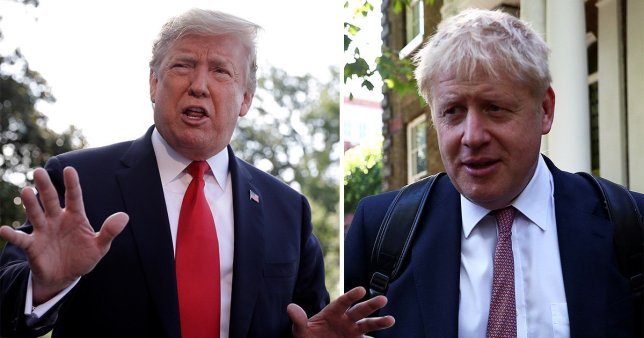 Donald Trump says he supports the candidacy of Boris Johnson to be the next British prime minister.

In an interview with The Sun, ahead of his state visit to the UK on Monday, the US president describes the former UK foreign secretary as a very “talented” person.

President Trump claims he would be “excellent” in the job and admitted he “likes him a lot.”

Sky’s political reporter, Rob Powell, has been analysing the claims;

“The question, maybe, is whether it will help or hinder Boris Johnson, now that he appears to have got the backing of the most powerful man in the world.

President Trump thinks it will help.

The reality though – just like Boris Johnson actually – President Trump is a divisive character.”

In the interview, Mr. Trump also revealed he’s had a good relationship with Theresa May.

But he criticised her Brexit strategy;

“The UK allowed the European Union to have all the cards and it’s very hard to play well when one side has the advantage.

I had mentioned to Theresa you ‘gotta’ build up your ammunition.

They didn’t give the European Union anything to lose.”