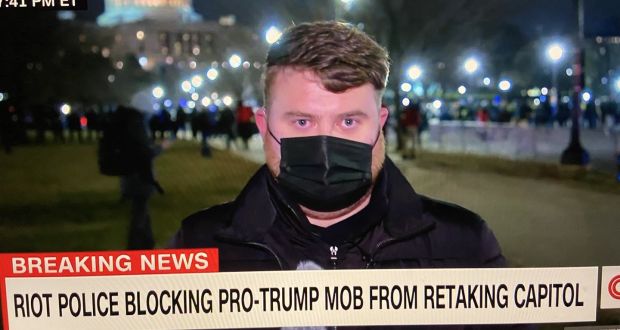 iRadio breakfast presenter Oonagh O’Carroll chatted to proud Kerry Mammy – Noreen – for an entertaining chat about her famous son – Donie O’Sullivan.  Donie of course went viral for his coverage of the Washington riots and received a warm reception from Irish viewers who tuned into CNN’s coverage of the events. Donie is originally from Cahersiveen in County Kerry and has been working as a CNN reporter for over five years . . . and he’s still only in his 20s!

LISTEN TO OONAGH & NOREEN’S CHAT BELOW

The Kerry-man was caught up in the riots in Washington DC last night. H

Overwhelmed by all the love from Ireland tonight. ☘️ ❤️ https://t.co/rKCksNFxkk