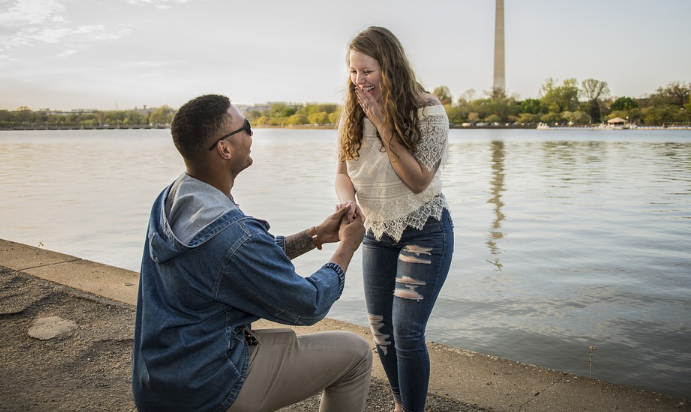 Have you ever wondered why?

Such as, why do brides always stand to the left of the groom at the altar? It’s actually for a fairly strange reason.

But have you ever wondered why the man usually gets down on one knee while popping the question?

It’s so ingrained in our culture now that’d it’d be pretty odd if the man stayed standing throughout the whole process.

Well, like all traditions going down on one knee has it’s reasons for existing and they date all the way back to medieval times.

Website Engagement Ring Bible explained where it came from, saying that it “dates back to the days of knighthood, chivalry and formal courtship.”

And this is the reason why:

“Knights would get down on one knee in front of their lord as a display of respect, obedience, and loyalty. It was also a common occurrence in religious ceremonies, and in those days marriage and religion were intrinsically linked.

“So when a courteous gentlemen was proposing to his lady, pledging his allegiance to her and declaring his undying love for her, getting down on one knee was the natural thing to do.”

So there you have it, if your partner gets down on one knee it basically means they saying they’ll be obedient to you for the rest of time…

A handy thing to remember during the heat of an argument.

5 Christmas markets in London definitely worth a visit this year