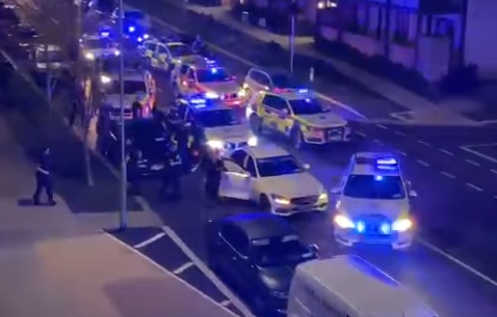 A woman has been arrested after an hour-long car chase from north Dublin to Wicklow, and back again.

It started in Ballymun at around 6pm.

The Garda helicopter and more than over a dozen squad cars tailed the Mercedes across the city before it was brought to a halt.

Parts of the chase were streamed on social media.

Footage of the chase also emerged on Facebook, where the car can be seen being pursued by a huge convoy of patrol cars.