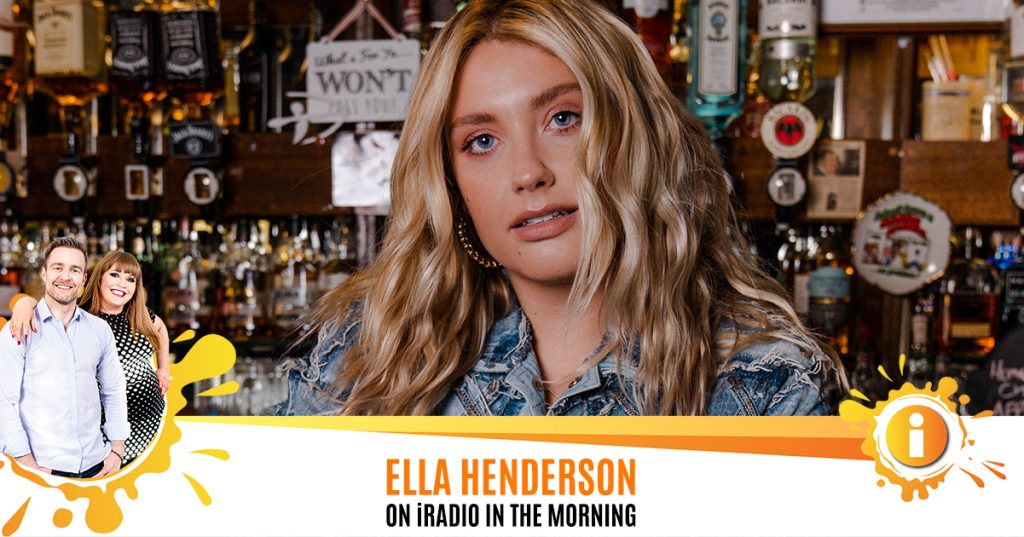 iRadio in the Morning with Aidan and Oonagh caught up with the glorious Ella Henderson who is back in the charts with her latest single ‘Lets Go Home Together’ which she co-wrote with James Arthur.

Ella explained how she ended up recording the song with Tom Grennan and went on to share her X-Factor memories and how her early departure from the show ended up being a blessing for her music career.

Aidan and Oonagh also played a Innuendo Sony Lyrics game with Ella  and she really is a master lyricist on the fly!

Watch Aidan and Oonagh’s Chat With Ella Below

About ‘Lets Go Home Together’

Fans have been patiently waiting for Ella to release ‘Let’s Go Home Together’ since she began performing it live in 2017. She explains: “This song has always been so special to me that I kept going back to it. Tom and I have been friends for years, I love his voice and I’m so happy we got to do this together.”

Tom adds: “When Ella hit me up and played me this song and then asked me to join her on it, I was absolutely buzzin’. Ella is a good mate of mine and it’s so sick to finally get to sing together!”

Over the past nine years, Ella has ascended to a multi-platinum selling, 2x BRIT Award-nominee, landing a No. 1 debut album (‘Chapter One’) and over a billion streams, all by the age of 25. Now signed to Rudimental’s label, Major Toms, she continues to be one the UK’s most in-demand writers and vocalists. Last year alone, she achieved her sixth UK Top 10 together with Nathan Dawes and KSI (‘Lighter’), and a platinum certification for ‘This Is Real’ with Jax Jones. Her critically acclaimed summer anthem ‘Take Care of You’, written with Justin Tranter and Julia Michaels, was playlisted across BBC Radio 1, 2, and Capital, and brought to life with a string of high profile TV performances, including the prestigious Top of The Pops Christmas show. Further collaborations also dropped with legendary DJ Roger Sanchez (‘Dream On Me’) and Sam Feldt (‘Hold Me Close’).

Keep your doggo away from chocolate this weekend