Watch: Ellen Issues An Apology In The Opening Monologue Of Season 18 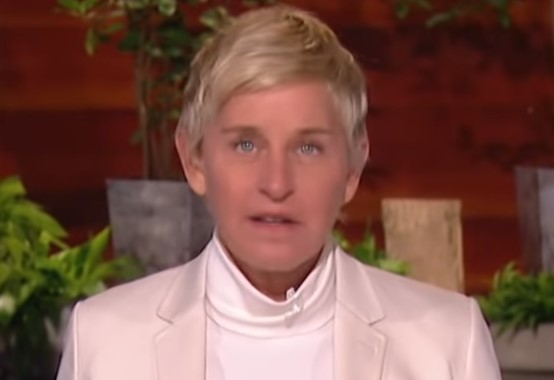 ‘I’m So Sorry To The People Affected. I Take Responsibility For What Happens At My Show’

Ellen returned with a new series yesterday and jumped straight by addressing the allegations that “things happened here that never should have happened” and followed it up with an apology to the people who were affected.  This was the first time that Ellen directly addressed on scrren the allegations about the toxic work environment which saw a massive shake up with three top producers being fired over claims of misconduct.

Today We Are Starting A New Chapter

Ellen went on to announce that the show is starting a new chapter with DJ Twitch being promoted to co-executive producer. From there,  Ellen went on to address in her typical dead pan style humor  ‘The Be Kind’ Lady moniker she has been given  saying that she’s working on herself and that contrary to reports in the media, she is the person you see on the TV but also gets sad, mad, anxious, frustrated and is said she is  working on all those things.

WATCH THE FULL MONOLOGUE BELOW

Man shares picture of how girlfriend puts groceries away, and people are livid