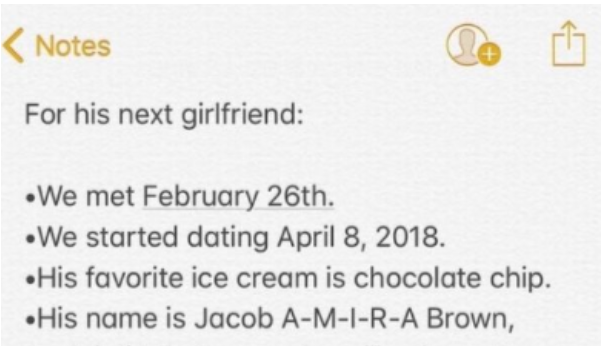 ”I would not date anyone who tweets this garbage”

It’s the eternal question… do you stay friends with an ex? Or do you burn everything they ever gave you and never speak to them again?

And what about when they move on with someone else? That can make the scenario extremely hard to deal with.

Well one woman has gone to new lengths to ensure that she stays on the good side of her ex, by writing a list of instructions for his new girlfriend.

The list, which was shared on Twitter by the ex boyfriend himself, lists some of his favourite things as well as some of the things she she should avoid.

But the instructions haven’t gone down too well with everyone, with some people labeling it a bit strange. 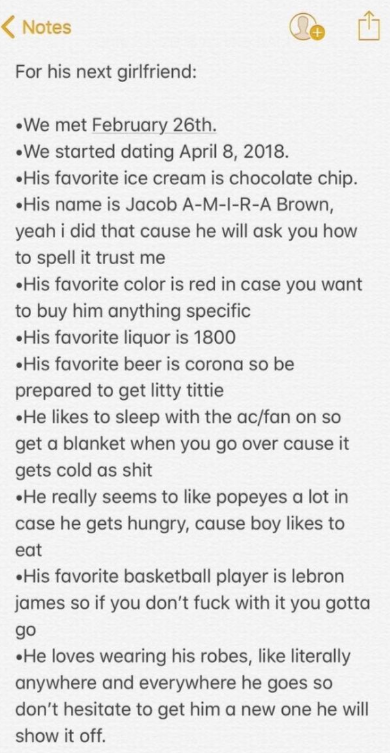 She offers some details on their relationship (Image: jacobamirabrown/Twitter)

Jacob (the boyfriend) wrote: “My ex girlfriend wrote this for me and it’s literally the best thing i ever gotten in my life.”

However a lot of people were slightly freaked out by the whole thing, saying that some of the points suggest serious red flags. 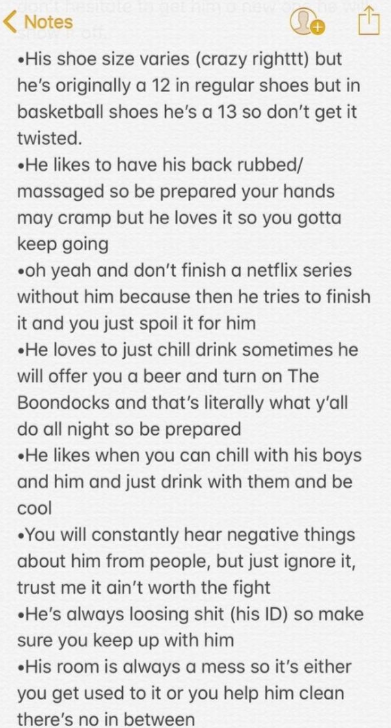 One wrote: “If someone I was dating gave me a letter from their ex we would immediately be finished. I would not date anyone who tweets this garbage either.”

Another commented: “That’s like the kinda list I write when someone has to look after my cat because it can’t look after itself – not a grown ass man.”

One man commented: “Any woman would be lucky to avoid.” 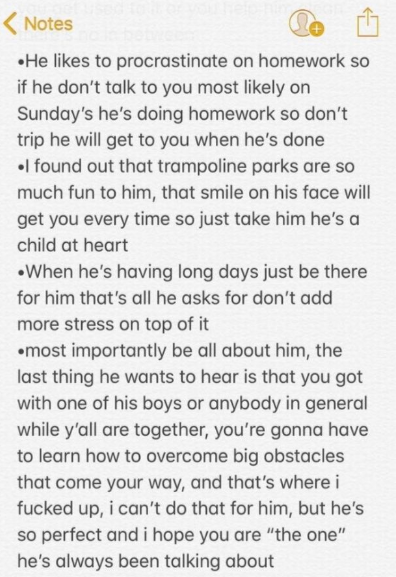 Another pointed out one particularly worrying line, saying: “You will constantly hear negative things about him from other people.” Omg lol! I missed that on the first read through. All you need to know right there.”

But others thought it was sweet.

One woman wrote: “She knows that much about you because she paid attention because she loved you enough to want to know everything about you. I wish at least ONE of the guys I’ve ever dated would’ve taken the time to know even half of this about me. This kinda stuff doesn’t happen often enough.”