Hazel Robinson says her daughter, who has Cystic Fibrosis, has lost years of memories.

A mum in Co Longford is demanding that Facebook reactivates her daughter’s account after it was removed because of her name.

The social media giant claims Gypsy is a racial slur.

According to Hazel Robinson, her 17-year-old daughter Gypsy has been informed that if she wants to rejoin Facebook she’ll have to use her middle name Ann. 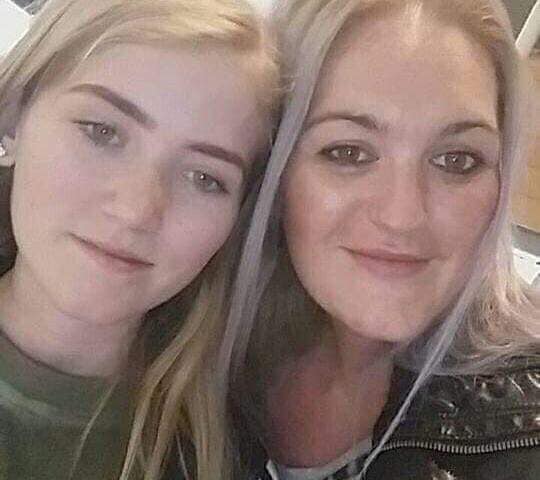 Hazel told iRadio’s The Hub that she first heard the name Gypsy on Home & Away years ago and she gave her daughter the name after she was diagnosed with Cystic Fibrosis at birth:

“She had to be transferred straight from Mullingar to Crumlin. When I looked up the meaning of the word gypsy it meant wanderer so it held meaning to me because straight away, from three days old, she was wandering, both of us were, wandering to a future that was uncertain.”

Gypsy first joined Facebook as a 12-year-old but her account was removed two years ago despite her providing identification to prove that her name, is in fact, Gypsy.

The teenager then set up another profile with her full name, Gypsy Ann Robinson, but in July she was contacted by Facebook who informed her that her name is against “community standards”.

Hazel said her daughter’s original Facebook contained years of memories, including photos of friends who have passed away from Cystic Fibrosis, and now they’re all gone:

“The second week of her life I was basically told your child has this disease, her life expectancy is anything between 2 and 30. She’s spent so much time in isolation in hospital; we’ve seen young kids that she’s grown up with on the wards pass away, and as a mam it’s your biggest nightmare, going to bed at night worrying how long have I left with my child. So when we take a photo or go on a little holiday, those photos and those memories mean the world.”

Hazel said they’ve come “up against a brick wall” when it comes to Facebook and they’re still waiting on a reply from the social network.

She said she’s at her wits’ end as “it’s not every day you’re trying to demand your child’s name back”.

You can listen to the full interview below:

The Matrix 4 Getting The Go Ahead With Keanu Reeves