They are now found in all major Irish towns and cities.

We’re being advised to contact a doctor if we suspect we’ve been bitten by a Noble False Widow spider.

It’s after a woman in Waterford had to be treated in hospital for six days after she was bitten by one.

The spider ran up the inside leg of her jeans and bit her three times. 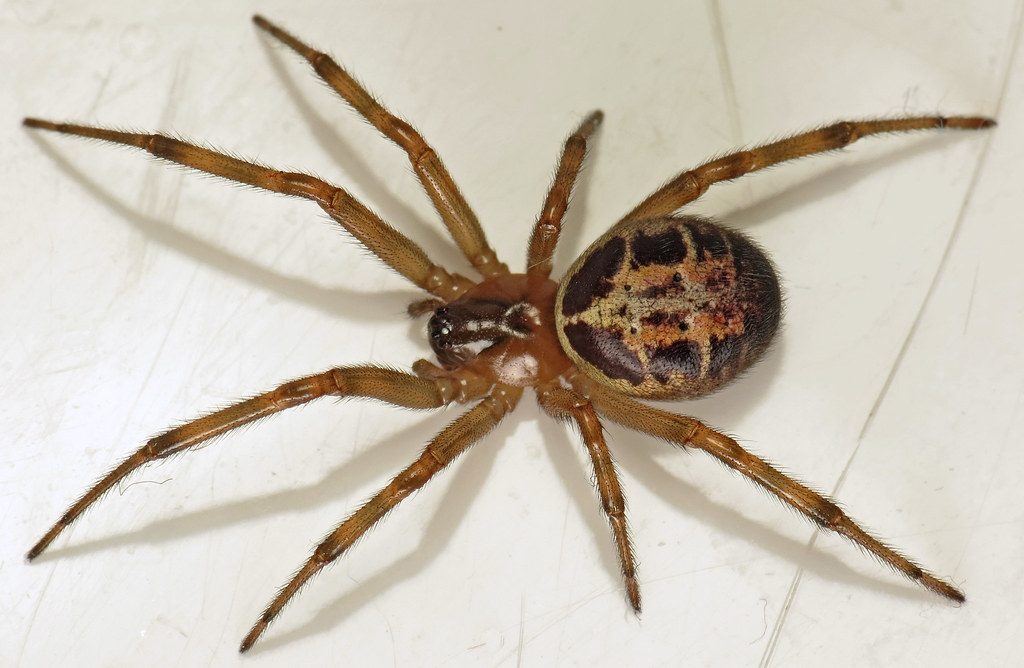 Noble False Widows are not dangerous unlike the Black Widow but they can inflict an extremely painful bite.

The spiders are around the size of a €2 coin and are brown in colour with white/cream coloured markings.

They originate from the Canary Islands and Madeira and were first spotted in Ireland in 1997.

A Galway-based spider expert says they’ve been reported in at least 18 counties in Ireland.

“The Noble False Widow is the only species of spiders capable of delivering a medically significant bite in northern and western Europe.”

However, he said the spider is not “particularly aggressive” and only bite when they feel threatened:

“They usually bite only when they are squeezed between the skin and clothes or a bedsheet.”

He’s asking anyone who has been bitten by a Noble False Widow to try to capture it.

He said medical staff need to be able to identify the spider to ensure that it’s a False Widow bite.