Reporter doesn’t realise filters are turned on during live broadcast 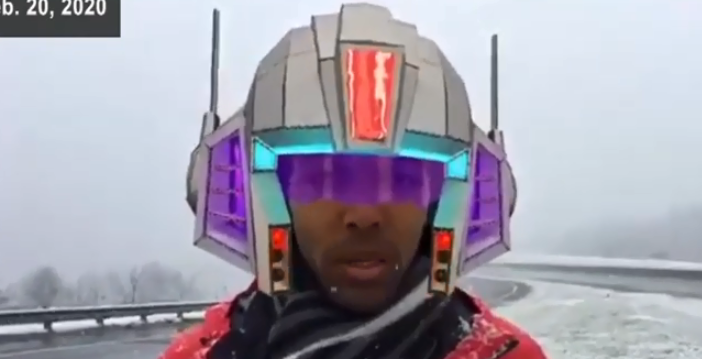 Justin had no idea the filters had been turned on (Image: Facebook)

That was until he realised he’d accidentally turned on automatic Facebook filters throughout the entire broadcast.

As he was in the middle of telling people about potential school closures due to the snowy conditions his appearance continued to change from a cat, a wizard, a googley eyed man, and some sort of space robot guy.

The full video posted to the WLOS ABC 13 Facebook page shows Justin return back behind the camera to ask the studio: “Wait, Misty, did I have a weird face?”

After being told that he had included the special effects in his report, he says: “Now I’m excited to look back at this video and see what’s happening to my face.”

Justin was able to laugh off the unfortunate mistake on his own social media, writing: “Right before going live on Facebook on the WLOS ABC 13 station account to talk about snow, I somehow activated a filter generator.

“The photographer I was working with said something about the screen having weird faces. He didn’t elaborate, so I said it would probably go away. Needless to say, it did not go away. 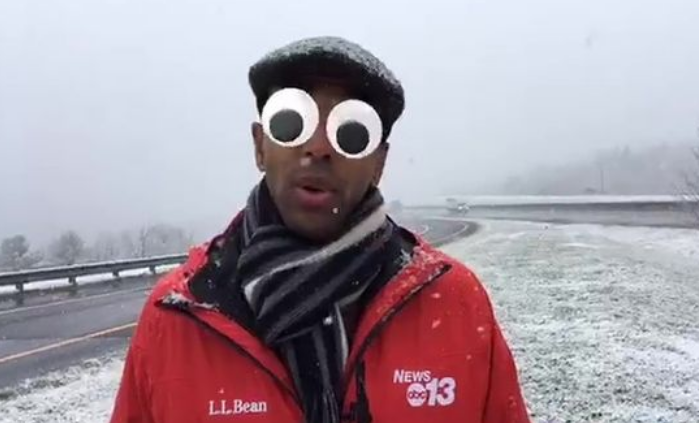 “I didn’t realize it until I stepped off camera and saw the comments where people were talking about the faces. My bosses, coworkers, friends, PIOs and more called/texted saying how funny it was, so here you go.

“If you can’t laugh at yourself, what’s the point of laughter? I hope you enjoyed the snow day, and remember to smile and laugh!”

Viewers were big fans of Justin’s new look with one writing: “Love it! I think every on scene weather report should use this filter!! They’d reel in the viewers for sure!!”

Another commented: “Hysterical! The space helmet and dark hat and glasses crack me up!! Great job taking it in stride Justin!!”