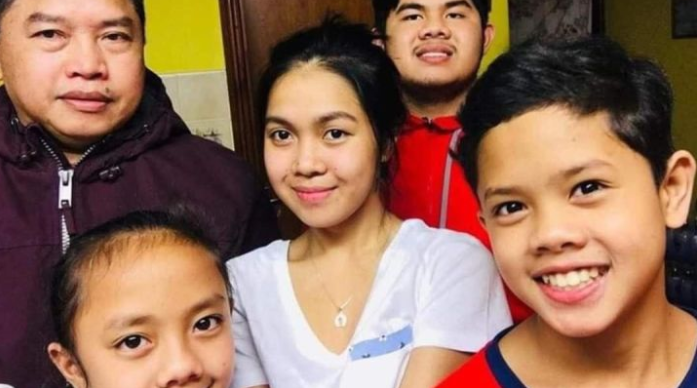 Miguel Plangca, originally from the Philippines worked as a factory worker in Naas, Co. Kildare and died of the virus last week, leaving behind 4 children.

Sadly their mother died six years ago and they are now under the care of their aunt.

Speaking on Newstalk Breakfast this morning, Mikee Plangca said her father moved to Ireland from the Philippines 19 years ago.

She said he was a “very good man” who spent close to half his life living and working in Ireland.

Miguel said he first started feeling unwell at the end of March.

“He only had a cough and he was shivering for only a week,” she said.

“He was trying to call the GP to get some antibiotics but they wouldn’t give him any medicine. They told him to self-isolate, so that’s what he did.

“Then on Thursday April 2nd, he asked me to call an ambulance because he could hardly breathe. That is when he to the hospital and he was taken directly to the ICU.”

She said his death came as a terrible shock to the family.

“We didn’t expect it all,” she said. “I thought he was just fine. His cough was not that bad and then we didn’t have any idea that it was COVID-19.”

Mikee said she is really thankful to everyone who has donated and to the Kildare Filipino Community president Aina Conway who set up the online appeal.

“We don’t really know what to do but she is helping us with all the effort and support for our family,” she said.

“I am just really thankful to her.”

She said things are really difficult at the moment but said her family will recover from the tragedy.

“Time will heal and life must go on,” she said.

You can donate to the appeal for the four children here.