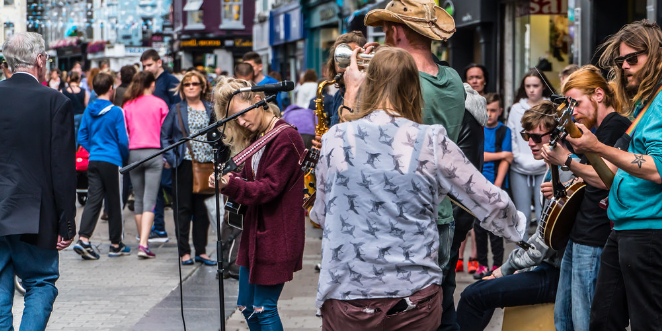 New rules for buskers in Galway will come into effect at the start of January.

As of the beginning of next year acts that include amplification and attract large crowds, known as ‘circle-acts’, will be banned during key business hours.

The bye-laws have been adopted by Galway City Council.

Fianna Fail Councillor Peter Keane said the move is in response to concerns raised by local businesses. He said that several local businesses had complained that they find it very difficult to transact business with large crowds blocking foot traffic.

The areas affected by the new laws stretch from Williams gate street down Shop street, High street and Quay Street.