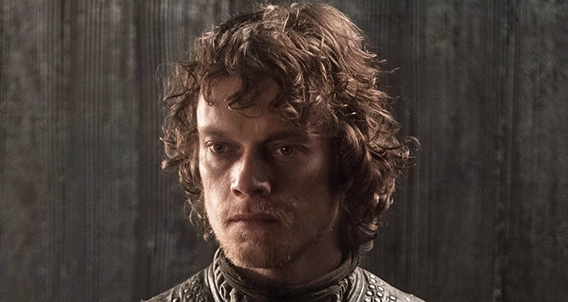 *Needless to say, if you haven’t seen the latest episode, stop reading now, because spoilers*

Actor Alfie Allen is accused of devastating Game of Thrones fans by revealing the fate of one of the show’s most beloved characters, hours before the episode was shown on UK television.

The actor who played Theon Greyjoy in the global phenomenon shared a photo on his Instagram before the airing of the third episode of the final season and those who had yet to see it were not impressed.

The 32-year-old posted  an image to Instagram of his character’s armour and captioned it with an emoji of a broken heart – referencing the fact Theon Greyjoy was killed off in the battle of Winterfell.

Those who had seen the episode already knew the fate of Theon and that his character had finally got the redemption he craved after betraying the Starks.

However many didn’t and couldn’t help but tell the actor off for his untimely revelation.

While another asked: “You couldn’t wait 24 hours?”

Among all the deaths the epic battle against the Night King brought about, Theon’s was the most painful of them all.

In a classic act of redemption protecting the family he had wronged, Theon charged at the Night King knowing he stood no chance of surviving.

He was stabbed in the stomach and died in what was perhaps one of the most redeeming deaths of the entire series.

‘Get on with your life’: Neighbour’s heartless letter to family about dead son’s memorial