‘OK they win’: This couple’s anti-gender reveal video is hilarious 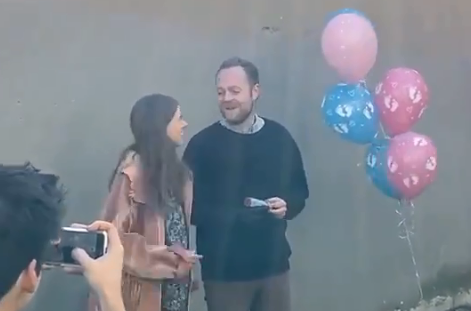 The video gone viral since being published on Saturday.

Gender reveals are an extremely modern concept that have existed since around 2008, in which a couple invites friends and family around to reveal if they are having a boy or a girl.

However they are becoming increasingly scrutinised in wider society.

Critics of gender reveals believe they reinforce cultural beliefs about gender – such as girls wearing pink and boys wearing blue – that can be damaging to children who don’t want to conform to traditional gender roles.

Some of yall seem confused pic.twitter.com/4EjweNYsV6

Not to mention that when they go wrong, they can go horribly wrong.

Despite this, every week a new couple seems to go viral with their take on the gender reveal and the weekend just gone was no exception.

But this time there was a twist:

And the video has received a mostly positive response on Twitter – with more than 65,000 retweets since Saturday.

Congrats on the baby, guys pic.twitter.com/MClitiLEki

Man (30s) dies after being struck by van in Co. Tipperary