Woman caught smuggling 24 gerbils by strapping them to her legs

She told customs officials that the animals were for her friend.

A woman walking strangely through an airport was found to have 24 gerbils strapped to her legs.

According to the Mirror, the Taiwanese woman was stopped at customs on the island of Kinmen, located off the coast of China, after security staff noticed her awkward gait. 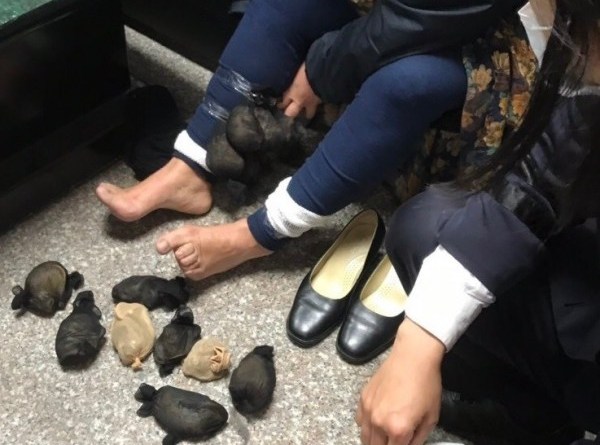 Officials discovered that hidden under her skirt were 24 gerbils, individually wrapped in bags, and tied to both of her legs.

The 60 year old, who had been returning from mainland China, claimed she had bought the rodents in a pet shop for a friend.

She was charged with violating the Infectious Animal Disease Prevention and Control Act.

Unfortunately, the gerbils had to be euthanised by vets.