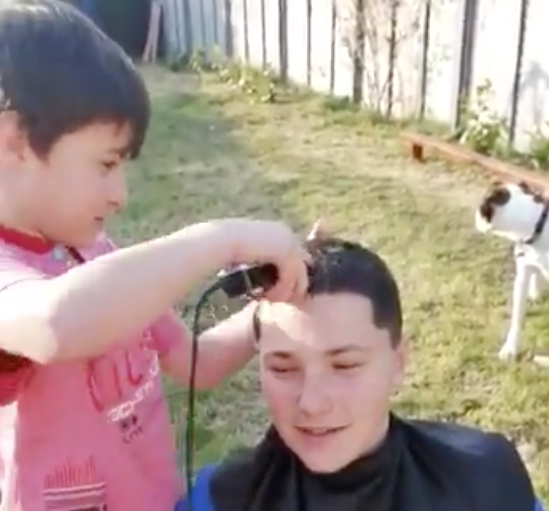 During this time in isolation, we’re starting to lose our fades and gain some split ends without our barbers and hairdressers.

Using his mother Sandra’s clippers (and under her watchful eye), Lorcan sat his brother in their garden and began shaving his head.

Sandra joined Sharron Lynskey on iRL were she explained that Lorcan has always wanted cut peoples hair. According to Sandra, Jarlath was “delighted” with the finished look. She did however say:

When Sharron commended the gents on their bravery and inventing skills, Sandra replied: