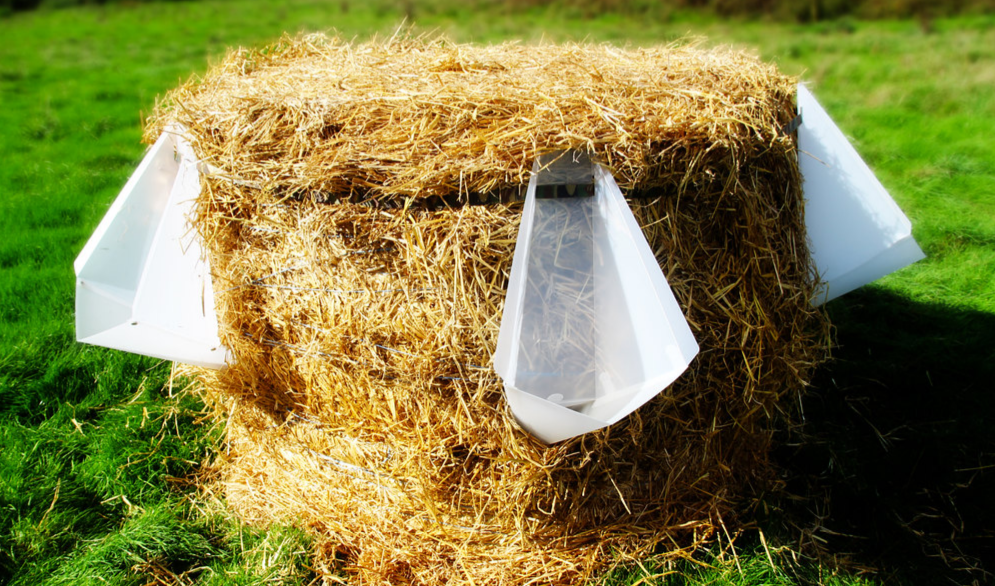 Some internet users think the idea is ‘strawful’.

Little quirky features at weddings that help them stand out are becoming more and more common these days.

But one bride to be has been slammed online after revealing she wants a ‘hay urinal’ at her upcoming wedding.

‘Hi, I am hoping to create a “hay urinal” for my wedding in a few weeks,’ the woman’s post read.

‘Hence I am chasing one round of hay roughly the size in the picture. Obviously type of hay and quality aren’t important – just looking for something cheap… Thanks!’ 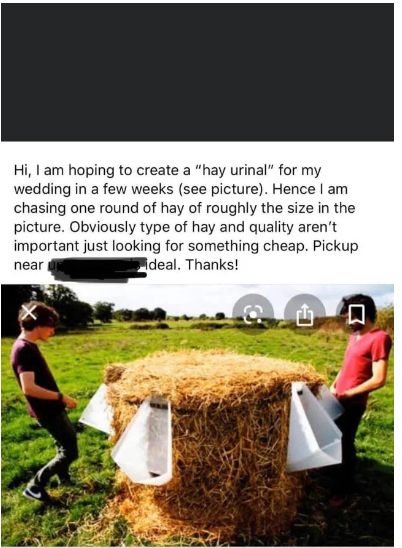 It wasn’t long before hundreds of people weighed in on the bride’s DIY idea, saying it is ‘unsanitary’ and posed obvious hygiene issues.

‘You could probably smell that thing from a distance too, like during the first dance at the reception,’ one person said.

‘What will they do with it after the wedding? Just leave it in place to smell all summer long? I can’t imagine how they would move it without making a disgusting mess,’ another added.

Others pointed out that they couldn’t see a ‘hand-washing station’ nearby, which could prove to be a problem.

‘And you know there will be lots of handshaking, probably eating from communal bowls of cr*p like potato chips at a shindig like this… pretty unsanitary,’ one person

But not everyone was against the idea – with some saying they might choose a hay urinal if the only other alternative was using a portaloo.

Hay bale urinals have become increasingly popular in the past few years – especially for use at summer festivals.

The idea behind the ‘hay urinal’ is that the bale gets filled with urine, and the nitrogen from the urine reacts with the carbon in the straw to begin the process of decomposition.