”You peasant”: Bar praised for response to Instagram influencer’s attempt to get free drinks 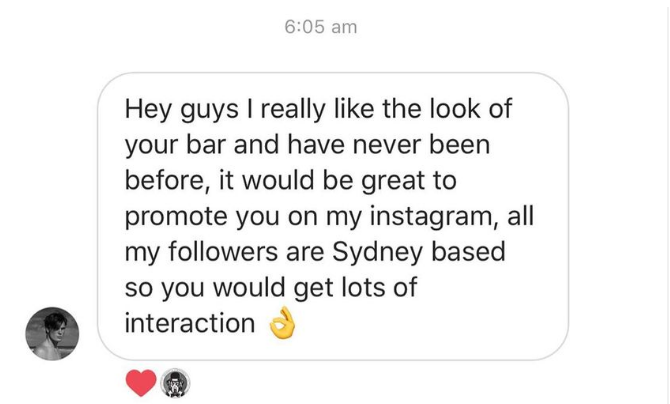 ”I’m glad margaritas can pay the rent, you peasant.”

The business interactions of an Instagram influencer are a strange new frontier.

Many Instagram star’s will reach out to companies and brands, offering them promotion on their page, to their thousands of followers, in exchange for freebies – such as clothes and holidays.

However one bar in Australia was having absolutely none of it, after they were approached by an influencer for some free drinks.

Earlier this week, Bulletin Place in Sydney shared screengrabs of a private conversation they had with a user named @jarra_sherlock12.

Such a shame we’re so irrelevant. How are we ever going to popular…. 😪

In a message to the bar, the man said: “Hey guys I really like the look of your bar and have never been before, it would be great to promote you on my Instagram, all my followers are Sydney based so you would get lots of interaction.”

The owner of the bar responded, thanking him and saying it would be “great”.

The user then explained that he’d only be willing to do a couple of posts in “exchange for drinks”.

Not keen on the idea, the owner replied: “Yeah nah lol. Good luck with your influencing mate.”

The influencer then lashed out at the bar, saying it wasn’t “relevant”.

He wrote: “Cheers bruzzy. Good luck with ya bar. Never actually seen your bar, I’m booked out anyway with all the other relevant bars in Sydney.”

Hitting back at the dig, Bulletin Place shut down his hate, saying: “We were just listed in the top 100 bars in the world. ‘Booked out’ – I’m glad margaritas can pay the rent, you peasant.”

Unimpressed with their comment, the influencer then turned nasty, swearing at the spokesperson. 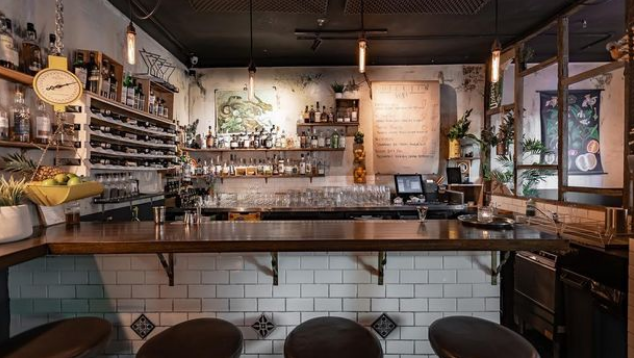 The bar in Sydney wasn’t keen to give out free drinks (Image: bulletinplacesydney/Instagram)

Bulletin Place captioned the post writing: “Such a shame we’re so irrelevant. How are we ever going to be popular.”

More than 1,600 people have liked the post with many commenting to praise them for their responses.

One person said: “This is absolute gold. I love your bar.”

Another commented: “You’ve earned yourself a follower.”

A third added: “DROPS THE MIC! Love it.”