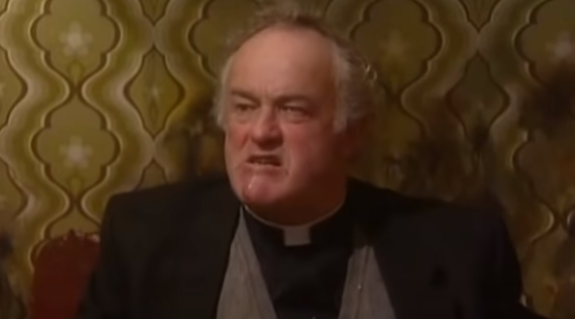 We’re a little in shock.

In news that could well floor you, it turns out one of our most iconic insults isn’t even Irish.

The term ‘Gobshite’ is normally associated with Ireland and was brought to a wider international audience on programmes like Fr Ted.

However it turns out we aren’t the only ones to use the term.

”The first example is in the navy, the US navy for an enlisted sailor, that’s in 1910”, she said.

”Then 30 years later it appears in Irish-English to mean a foolish incompetent or gullible person.

”Someone who talks nonsense and speaks insistently, so you (Ireland) definitely popularised it, but I’m afraid it was around in the US navy first”.

We’re a little in shock here to be honest…but hey wherever it came from, it’s definitely ours now!

A record 1,217 Coronavirus cases recorded in the North today