Investigators are looking at how information about Maria Bailey’s case featured in the Irish Independent in the week before the local elections. 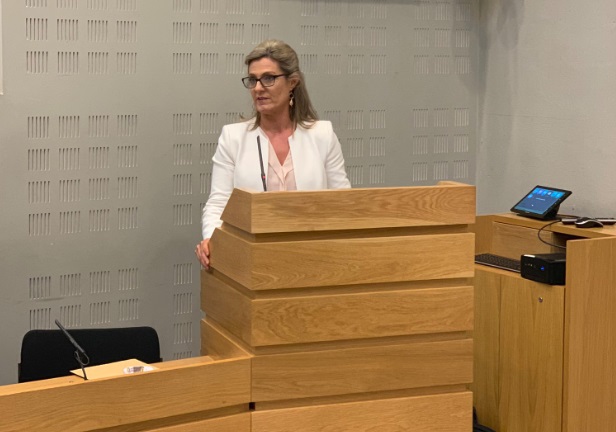 A Fine Gael investigator hired to examine Maria Bailey’s compensation claim has asked a newspaper to disclose its source.

The Dún Laoghaire TD, who fell off a swing at the Dean Hotel in 2015, has since dropped her legal case against the hotel.

Deputy Bailey claimed the story had been “pre-planned to cause maximum damage” in an interview with RTÉ Radio.

Simon Harris, who is Ms Bailey’s second cousin, reacted to her comments saying “it was an unfortunate interview.  I think when you withdraw a claim, that is an acknowledgement that perhaps that claim shouldn’t have proceeded.  Yet the interview still very much seemed to be in the space of blaming lots of other people”.

He thinks his party colleague’s tone was one of blaming everyone else.

Irish Independent Political Editor Kevin Doyle says the demand to disclose sources is part of an investigation into how “information about her case managed to find its way into the Irish Independent in the week before the local elections”.

The Offaly journalist says it’s come as quite a surprise;“it’s an unusual request, because obviously journalists don’t give out their sources”.

However, he says the senior counsel David Kennedy “has written directly to the Irish Independent asking that they do exactly that”.

The Irish Independent says it’s refusing a request to reveal how it first discovered Maria Bailey was suing the Dean hotel.