The Lift spoke to the Education Minister about a number of issues affecting students and teachers as a result of the pandemic. 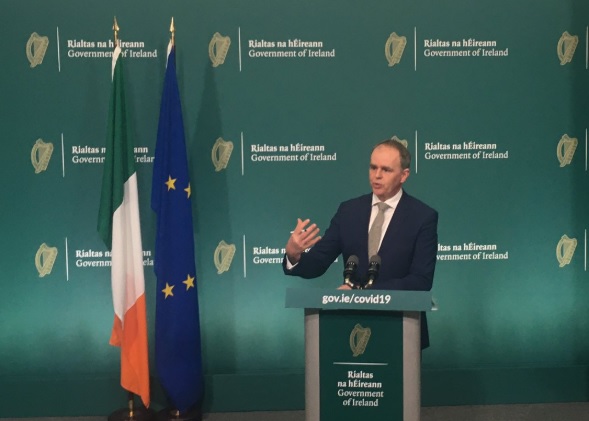 Education Minister Joe McHugh has insisted the State exams will get underway as planned this June.

Despite thousands of people signing a petition to have the Leaving Certificate scrapped and replaced with a new system, Minister McHugh says that’s not on the cards.

“The Leaving Cert is going ahead. Plans are very, very much in place to make that happen.

“Yes, there is an enormous amount of uncertainty and I completely understand the uncertainty…but [we] are really, really behind this momentum to make the June exams happen and that is where we’re focused on.”

The Minister has acknowledged that contingency planning is continuing but said he would not entertain the idea of the Leaving Certificate not happening.

However, he acknowledged that this situation could open the door to a closer look at making changes to the exam system.

“Obviously it will be open for a lot of debate after we get through this crisis, as to the merits and demerits of putting the whole focus on the end of year exams.”

The Lift also asked Minister McHugh about a number of issues that have been raised by people in third-level education, particularly those who are in final year.  We were contacted by AIT student Courtney, who said she and other final year students were being kept in the dark.

Minister McHugh said he acknowledged the difficulties they were facing:

“So all I would say the Courtney is stay in touch with your team of lecturers in the college and the college will be informing students as to what protocol will be put in place for final year exams.”

In terms of students who have pre-paid for their college accommodation, Minister McHugh said third-level institutions were looking at the issue. He called on private accommodation providers to recognise the pressure students are under.

“Third-level colleges are coming together to try to look at collectively having a refund mechanism for college students in their own campuses.”

“Now we do have a difficulty with respect to the private sector in terms of what powers or authority we have to ensure that happens.

“So I would make a public plea to the private sector and private individuals … and I would encourage them to follow in the footsteps of the collective decisions that are going to be made by the third level colleges.”

You can listen back here: