Instagram Brings In Ban On Filters With A ‘Cosmetic Surgery’ Effect 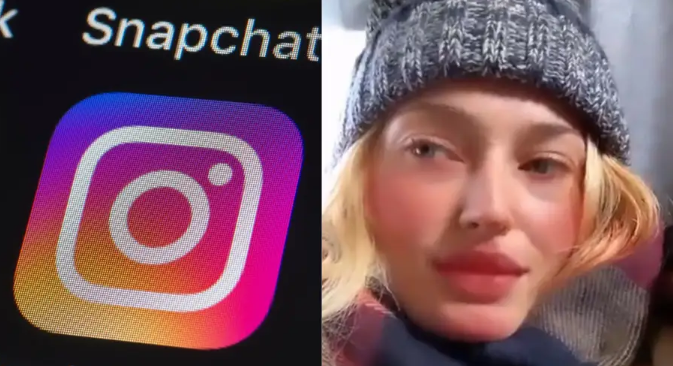 Instagram users will no longer be able to use particular filters on their stories.

Instagram has banned filters which depict cosmetic surgery in its stories feature.

The social media platform, which is owned by Facebook, has removed them from its augmented reality collection because of fears they may harm people’s mental health.

One of the filters shows how a cosmetic surgeon marked a person’s face before procedures with others showing an extreme aftermath of surgery.

Newstalk’s technology correspondent Jess Kelly says filters that give off a false appearance have been an issue for some time:

“There’s one filter in particular and it basically whitewashes your skin and that was obviously deemed quite controversial, it can make your eyes seem like they’re gleaming and so on.  There are a lot of the big influencers and some of the micro-influencers that we have here in Ireland who only ever post with a filter but they’re not flagging that they’re posting with a filter.”

This development follows Instagram’s recent announcement of measures to “reduce misinformation” on the platform.

It says that “over the next month, content that has been rated “false” or “partly false” by an independent fact-checker will be more prominently labeled” so users can better understand if information they’re seeing is reliable.”

Over the next month, content that has been rated “false” or “partly false” by an independent fact-checker will be more prominently labeled so you can better understand if information you’re seeing is reliable. pic.twitter.com/TPgOjL6HIK