The Irish Second-Level Students’ Union has released a new guide for students to help them protect their mental health. 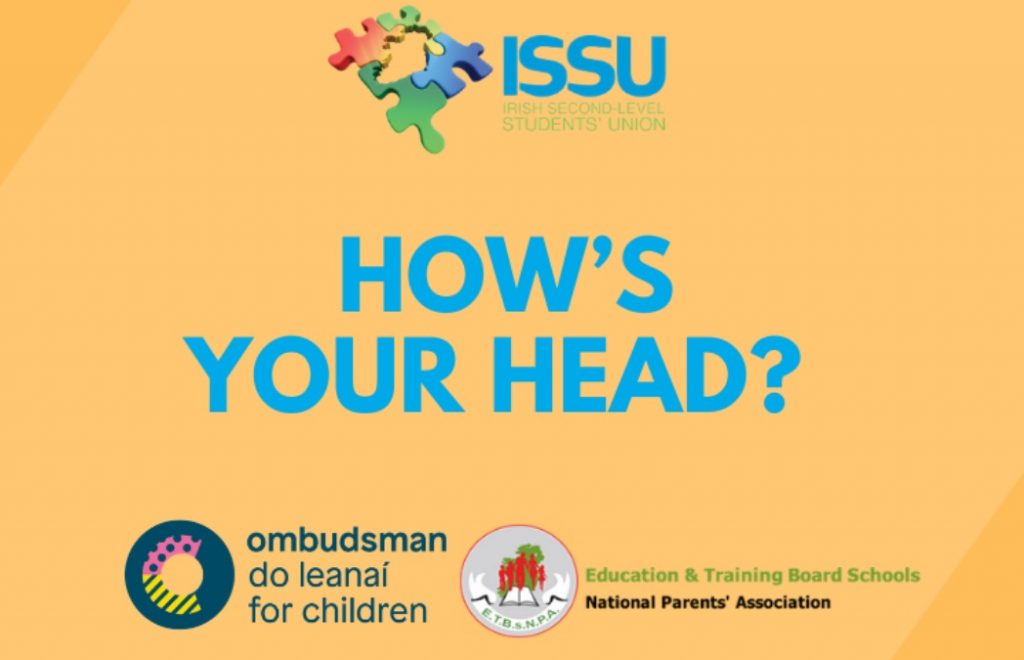 A Donegal student has decided to do something to help those who might be struggling with the impact of the last few months.

As secondary school students have returned to school, the Irish Second-Level Students’ Union has launched “How’s Your Head?”,in conjunction with the Children’s Ombudsman and Education and Training Board Schools National Parents’ Association.

It started out as the brainchild of India Kennedy, Donegal Regional Officer with the ISSU, and she’s told The Lift what it provides:

“Information on things like depression, anxiety, and bereavement, and it also gives you tips on how to maintain positive mental health.

India says she hopes the manual sparks more conversations about the issues that may be troubling students.

“We need to be able to get talking. You may think that you’re alone when you’re struggling, but you’re not. There’s so many people in Ireland struggling with their mental health. It’s about opening up that conversation. It’s about asking your friends, ‘How are you?’ “

Pubs could reopen by mid-September