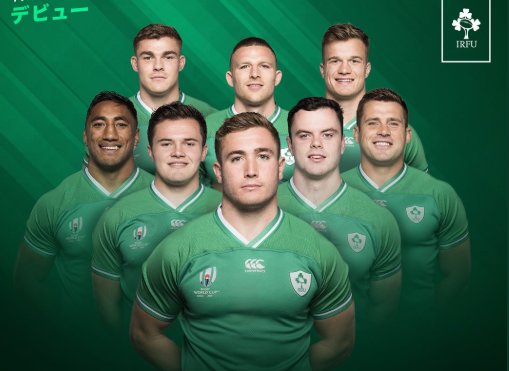 The starting 15 for Ireland’s opening game of the Rugby World Cup in Japan has been announced!

With Rob Kearney sidelined through injury, Jordan Larmour will start at full back for Ireland in Sunday’s crucial group game against Scotland in Yokohoma.

Andrew Conway takes the place of an unfit Keith Earls on the wing along side Jacob Stockdale on the other wing to complete a relatively green but exciting back three.

Bundee Aki and Garry Ringrose will slot into the team as centres, as Johnny Sexton and Conor Murray form the half back partnership.

The second row will see big man Iain Henderson partnered by the on form James Ryan.

The back row will consist of all round tank of a man Peter O’Mahony, and two of our absolute units in CJ Stander and Josh Van der Flier.

Jack Carty is the replacement out half, with Luke McGrath the back up scrum half.

Coach Joe Schmidt is backing Larmour and Conway to have huge performances,

“I think that their enthusiasm is something that’s contagious, their ability to get themselves into the game,”