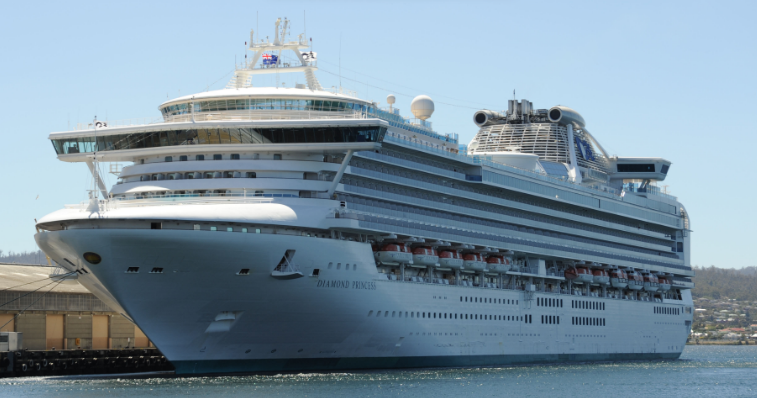 More than 400 people on board have tested positive for the virus.

The Diamond Princess has been docked in Yokahama for the past two weeks with more than 400 people testing positive for the virus.

There are also Irish nationals on board a second cruise ship in Cambodia that has been hit with the virus.

The Department of Foreign Affairs says its liaising with the relevant authorities to discuss the repatriation of Irish nationals.

Meanwhile the US has already flown its citizens home from Japan, but US citizen Matthew Smith stayed on the ship because he didn’t think it was safe to leave.

”US officials are proposing that we break the quarantine we’ve tried very hard to maintain by isolating ourselves in the cabin,” he said.

”And put us on a bus and a plane with other passengers who hadn’t received test results”.

Over 73,325 cases of the virus have been confirmed globally, with over 1,800 deaths – including a hospital directer from Wuhan, the Chinese city believed to be the source of the virus.

Retro Drive-In Movies is FINALLY returning to Galway, and we can’t wait