Anna, Jordan, Chris and Harley are OUT! Here’s what they have to say 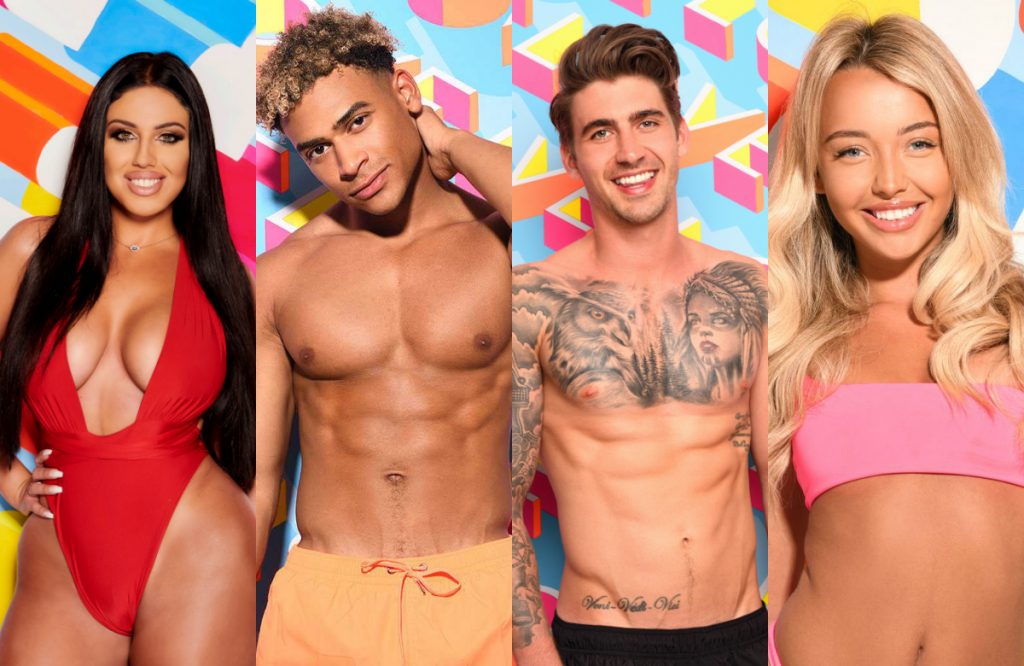 Well it’s fair to say the last two nights on Love Island have been full to the BRIM with drama.

Last night, we had the opportunity to vote for our favourite couple and on tonight’s show we learned that Anna and Jordan and Chris and Harley received the fewest votes and were sent packing. Here’s what they all have to say about their time in the villa: 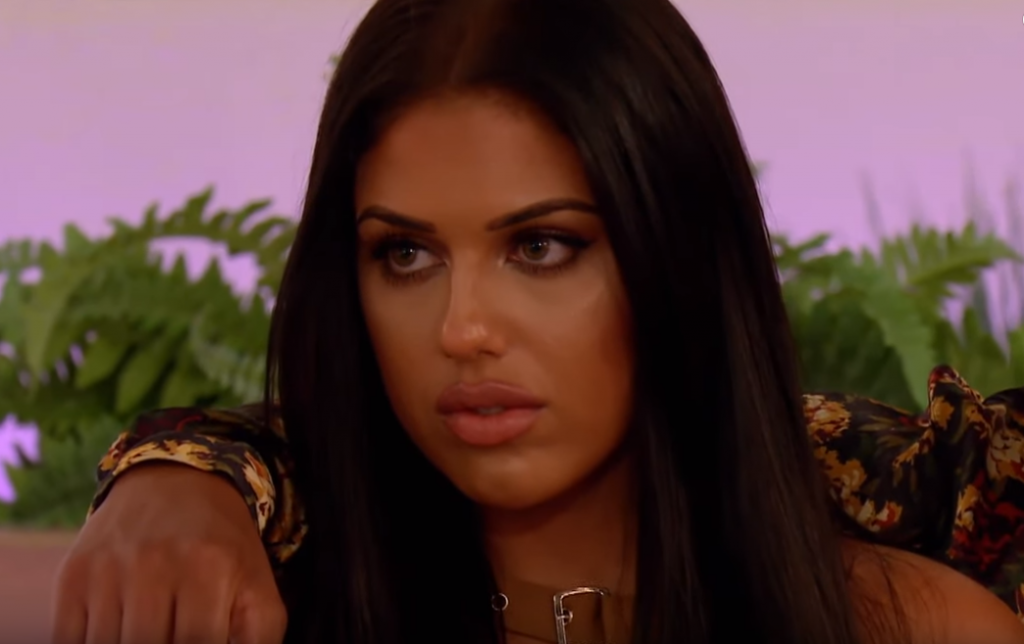 Lots of ups-and-downs! Obviously, the Jordan thing was one of my lowest moments. I’ve had fun and made friends with people I never would meet on the outside. It’s been a place where I’ve met great friends. I’m grateful and happy. A mixture of emotions!

My highlights would be building friendships and doing challenges! You’d never do things like that on the outside. The moment when Jordan asked me to be his girlfriend was a great moment at that time and when we all jumped in the pool after, it was so fun.

If you had your time again, would you have coupled-up with anyone different?

Absolutely not. I have no regrets with who I coupled up with. With Ovie, I just didn’t fancy him in that way. I can appreciate that he is a good-looking guy but when I got to know him a bit better and I spent more time with him, I just wasn’t attracted to him. Our personalities just didn’t match.

The aim of the game is to find love but do you think anyone could be playing a game?

Yes, but I’m not going to say who.

What would you say is the most challenging aspect of being in the villa?

If you could see one of the couples going the distance and winning?

Molly-Mae and Tommy. They could have competition with Anton and Belle because Scotland is backing Anton!

How do you feel about Jordan now?

I’m so disappointed in him and I’m hurt by him. I’m shocked. I don’t have anger towards him, if anything I feel sorry for him.

Do you feel like you have made any mistakes along the way?

I feel like I am very opinionated person and I want to tell people to their face what I think of them. But sometimes I feel like I shouldn’t be like that and I should keep it in! 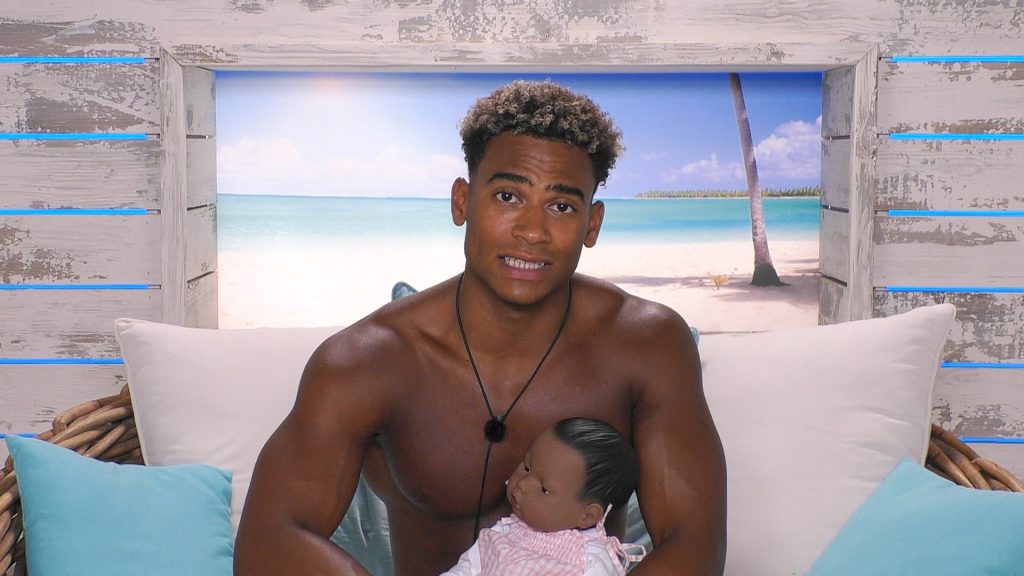 It was a mad experience! I went in with open eyes and met some unreal friends. I had the full Love Island experience. I met a girl that I liked. I feel like in there, it’s such an intense environment, it’s like you’re in a gold-fish bowl. Me and Anna got on really well, she’s a beautiful girl. She’s got a lot of things I love in a girl but when someone else came in, it made me sit back and think that I could have something missing with Anna. To sum up the experience, it was unreal and I was lucky to have the opportunity. I feel thankful!

The Craig David night was sick! I loved the challenges. The dog challenge was jokes and the ‘Men At Work’ one. The Harry Potter quotes were my favourite. It gets boring at times so you find your own fun!

Do you have any regrets?

I have zero regrets whatsoever. Ever since I walked into the villa, I was attracted to Anna from the start and throughout the whole process and when I made her my girlfriend, it was because all the signs were there for me to make her my girlfriend. I’ve still got feelings for her, she’s a great girl and she is beautiful. I just had this feeling which made me sit back and think something was missing, I just felt like I had to voice it. Everything I have done has been based on the way I was feeling. In that environment, your emotions can change quite quickly.

The aim of the game is to find love but do you think anyone could be playing a game?

I think that people could be…

No music! In terms of living with other people, I’ve been to university and I’m quite social so I loved that part of it.

If you could see one couple going the distance, who would it be?

I think Tommy and Molly-Mae will win. They’re the strongest couple in there. All the couples are strong in different ways and there are big personalities in there. Anything could happen at the final.

How do you feel about Anna now?

I think Anna is a great girl. She’s beautiful. She’s got a lot of the things I do look for in a girl. I do think that because I was bouncing off India in the last couple of days, it made me realise there could be something that me and Anna were lacking. When the whole thing blew up last night, it did raise a few red flags with me with the way things escalated. I like to sit down calmly and find out what the problem is. I do admit that I didn’t go about things in the right way, but I feel like I don’t want to get in heated arguments because that’s not me.

Given the chance, would you go back into the villa?

I feel like I was there for a long time and I had an unbelievable experience and I’ve done everything. Challenges, the shopping trip, Harry Potter quotes and I’ve been to the Hideaway! I’ve had the full Love Island experience and for the first time at the dumping yesterday, I felt ready. I’m happy for everyone that is still there, they deserve to be there. Me and Anna aren’t together anymore, so it wasn’t right that we were still there. My best mates are Michael and Danny and they’re already out, so I get to see them.

Do you feel like you made any mistakes along the way?

I don’t feel like I made any mistakes. Before I went into the villa, Anna was one of the girls I had my eye on and we hit it off straight away. We had our little blip with Casa Amor. When the new girls came in, I felt like I didn’t have anything as good with those girls as what me and Anna did, so I stayed true to myself. When India came in, it did surprise me a bit so I voiced my opinion. I didn’t go about it in the right way but everything I’ve done has been because of what I’ve been feeling. No regrets whatsoever. 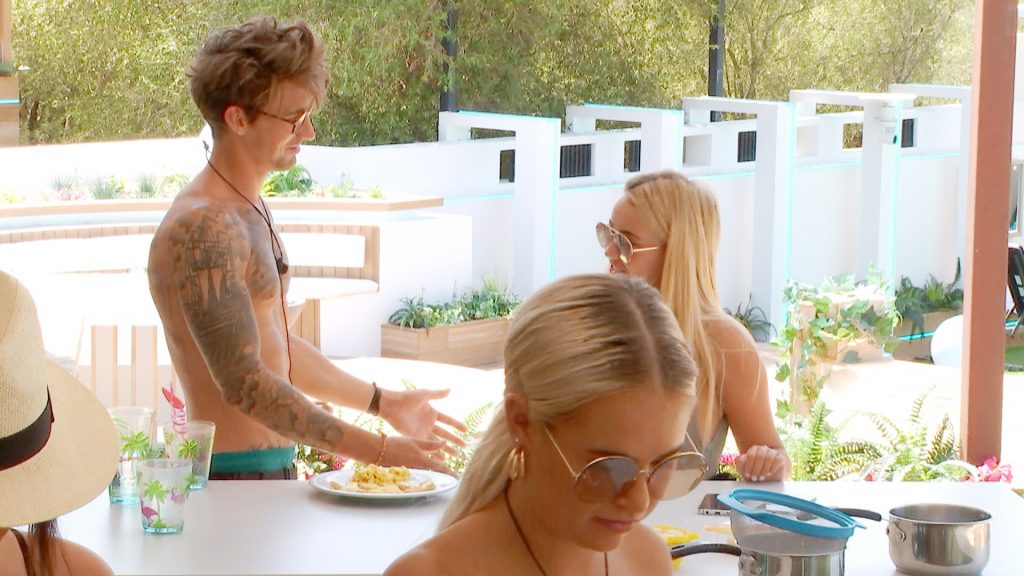 I don’t know where to start! It was literally the best two weeks of my life. It was so much fun. There are so many amazing people in there. So many amazing laughs. I went through a period of self-discovery and I learned a lot about myself. I don’t regret a second of it. I was in there being me. I’ve made loads of friends for life. It’s the hardest I’ve ever laughed. It was an amazing experience all around.

Every single one of the challenges was brilliant for me. I’d be in there 24 hours and I had to go out there dressed as a sailor! I just embraced it and got on with it. It was so funny. All the challenges were quality. They bring everyone together. Loads of banter always comes off the back of the challenges. Meeting Harley was obviously a highlight as well!

Do you have any regrets?

Absolutely not. I would do that a million times and I would do everything as I did. Don’t get me wrong, I made some schoolboy errors. I shouldn’t have swilled myself and then India in hindsight. I was 100% me in there, if I someone else I would have thought ‘What have you done?’

It’s the environment. It’s so intense. You go in and you have no idea how intense it’s going to be. You don’t have much time to think. You act on gut instincts. It’s an environment that breeds a lot of drama but it also breeds a lot of friendships, relationships and jokes. I can’t knock it for a second.

Tommy and Molly-Mae are definitely going to win! When you’re actually in their presence, you can see it. They live in each other’s pockets, they’re two peas in a pod! They’re at the same stage in their lives, they live really close together. They’ll go the distance!

How do you feel about Harley now?

I think Harley will agree with me. It’s really early doors for us, we didn’t get to spend loads and loads of time together in the villa. It’s anyone’s guess at the moment. It could be a thing but we need to spend more time together in a real-life environment to know whether anything could work.

Given the chance, would you go back into the villa?

100%! I would go back in a flash. Even if it was just for five minutes to give everyone a hug! 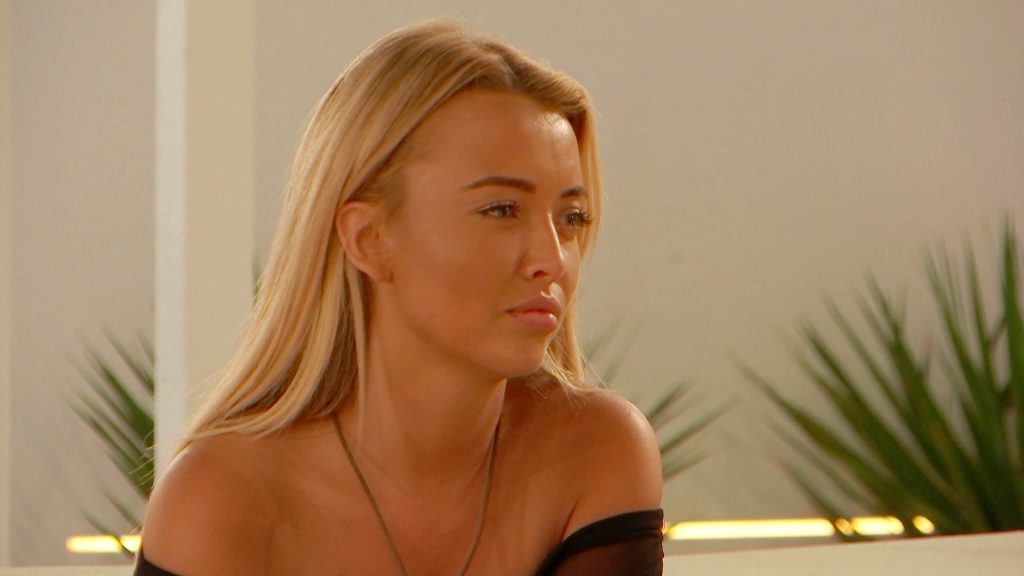 I would sum up my Love Island experience as emotional and a lot of happiness! It was just an incredible experience really.

I think it was when Jordan asked Anna to be his girlfriend and then we all jumped in the pool! It was a really nice memory. It was also the night I had my first kiss with Chris. It was a lovely night.

If you had your time again, would you have coupled-up with anyone different?

I wouldn’t have done anything differently. I stayed true to myself and did everything that I wanted to do.

What is the most challenging aspect of living in the villa?

How do you feel about Chris?

It’s still really early for me and Chris. We’re going to see how things go on the outside. He’s so lovely and he’s so sweet. So, I’m excited to see where it goes.

Probably not, no. I’ve done my time and I’m very excited to go and see my family.

Do you feel like you made any mistakes along the way?

No, I wouldn’t have done anything differently. I stayed true to myself.

Love Island is back on Virgin Media Two Thursday from 9pm.

The 2026 Ryder Cup Is Coming To Ireland!