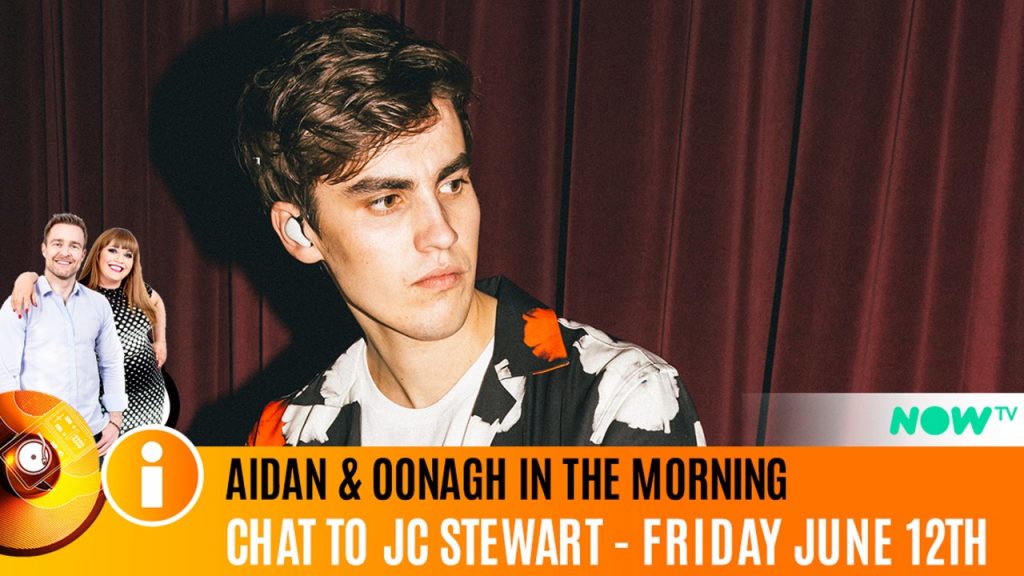 Aidan and Oonagh in the Morning caught up with Derry singer JC Stewart who has been making huge waves in the music scene internationally. After his recent single ‘Lying That You Love Me’ hit the charts,  JC Stewart suddenly found himself going viral on a global scale.

Bored during lockdown, JC filmed his quarantine-themed take on the ‘Friends’ theme ‘I’ll Be There For You’, singing “It looks like we’ll be inside for a year/ Or it might only be a day, a week or months it’s really not clear.” It exploded after Jennifer Aniston shared it on Instagram. Suddenly it was featured on ‘Good Morning America’, Nina Dobrev also shared it with her 20 million followers as it raced to 5 million views.

Watch JC’s version of ‘I’ll Be There For You’

It was a fun moment, but also one that reveals something about JC’s personality. On one hand he’s a quick-witted, heart-and-soul character who counts Wild Youth, Lewis Capaldi and Niall Horan as friends, but his songs possess a heart-on-sleeve candour which resulted in his earning the nickname Professional Sadboy.

That emotional punch is very much in evidence with the darker theme of his new single ‘I Need You To Hate Me’.

‘I Need You To Hate Me’ was inspired by the same break-up that JC explored in his earlier single ‘Have You Had Enough Wine?’. “There was a moment where we were just going through the motions,” he recalls. “And I was like, ‘Instead of doing this, I’d rather that you hated me because there’d be something more to cling on to.’ The vibe was that we were really drifting apart.”

JC Stewart wrote ‘I Need You To Hate Me’ alongside the song’s producer Matt Schwartz (Yungblud) and Stephen ‘Koz’ Kozmeniuk (Dua Lipa).

LISTEN BACK TO THE FULL CHAT BELOW

iRadio Catch Up · JC Stewart Chats To The iRadio Breakfast Show
Tags: Aidan and OonaghI'll be there for you JC stewartiradio jc stewartJC stewart

Another beautiful Italian town is selling homes for €1