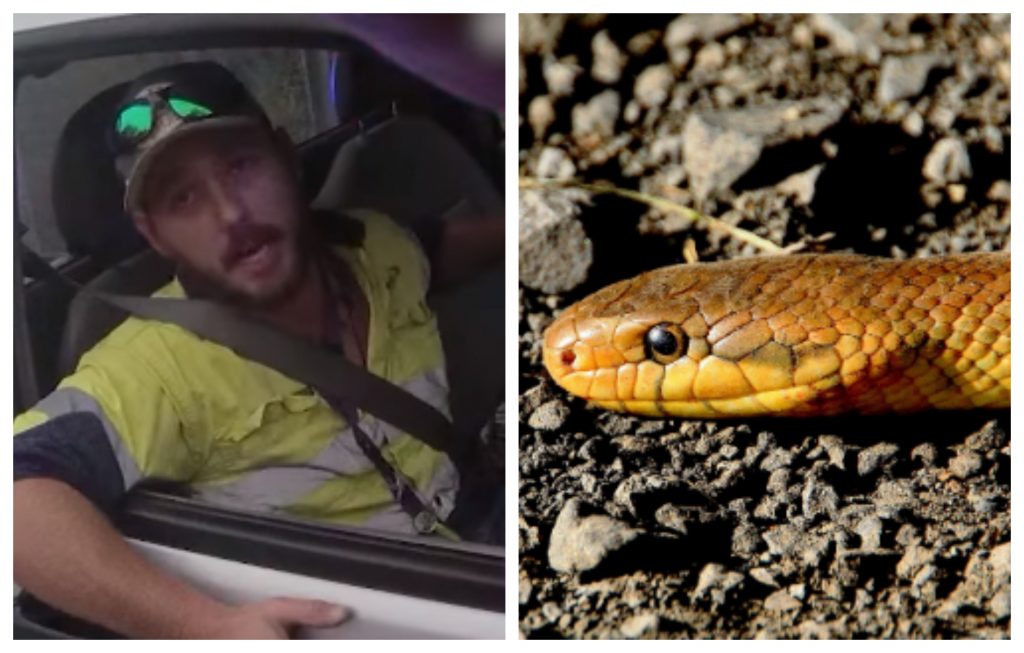 A driver in Queensland, Australia has received the fright of his life after a deadly eastern brown snake suddenly attacked him while he was driving at 100km/h.

Just for context, the brown snake is one of the most venomous in the world and can kill a human adult within 30 minutes to an hour after being bitten.

So when one suddenly appeared on the gear stick of ‘Jimmy’s’ car, he was understandably sent into a state of panic.

He claims it wrapped around his legs and started striking at the driver’s seat chair, between his legs, 7news reports.

But somehow he managed to fight it off with a knife and kill it.

But, believing he had been bitten, he then began speeding towards the hospital, passing a police officer at 123kph before he was pulled over.

“Although the traffic officer had heard his fair share of excuses for speeding, he soon realised this was not just another colourful tale and promptly sought medical assistance,” police said in a statement.

“Paramedics attended the scene and it was determined that Jimmy had not actually been bitten by the snake but was certainly suffering shock from the ordeal.”

Jimmy said it was a “pretty terrifying” ordeal.

“I’ve never been so happy to see red and blue lights,” he said.