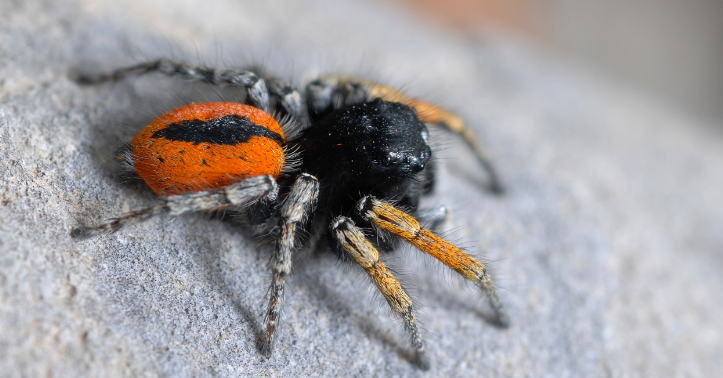 Ireland has had its first sighting of the notorious Jumping Spider!

As terrifying as it may sound, the Philaeus Chrsysops is surprisingly cute looking with its little red belly.

The species is normally found in Asia and North Africa with experts believing this is the first ever sighting of its kind on our shores.

This particular spider hunts its prey by jumping onto their back and then piecing them up with its pincers, however us humans have nothing to worry about as the ‘Philaeus Chrsysops’ is only a few millimetres in length and is nonvenomous.

No-one knows how the spider managed to make its way to Monkstown in Dublin a little earlier this week.

A few have been spotted in the UK in recent years.

A researcher at Trinity College’s Zoology Department, Collie Ennis, was talking to The Journal and noted: “A lot of times you expect to see these imported on plants but when you see them outside that indicates that they are moving naturally, so to speak.”

One of the theories put forward by Ennis to explain the spider’s sudden arrival to Ireland is mind-blowing:

“Spiders have a trick where they will actually throw a web from their abdomen into the air and they will drift off into the stratosphere and they can travel hundreds and thousands of miles like this,”

He continued to explain how our red bellied friend could possibly become a permanent citizen in the country as our climate continues to get warmer.