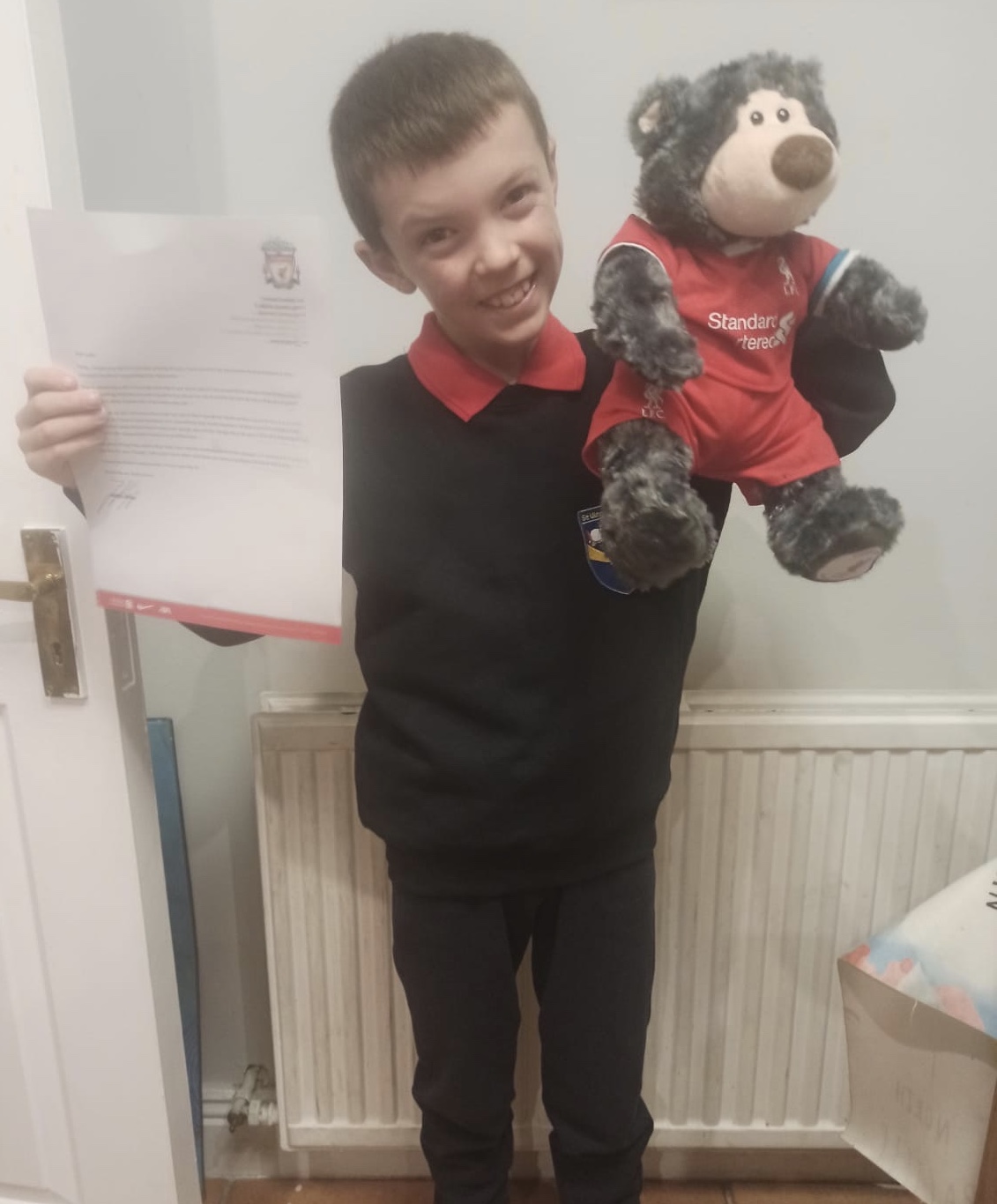 Jurgen Klopp has developed a pretty good reputation lately for keeping in touch with fans.

It was extra special for one Meath youngster though, who recently got a response from the man himself.

Luke Carey-Boyle’s dad Oliver originally got in touch with the Liverpool boss, in an effort to help give his son a boost of confidence.

Luke who’s nine had recently started a new school for children with special needs school. He has a sensory processing disorder which makes adjustment to change a little more challenging than most people. He had also been the victim of bullying in school and his dad was heartbroken to hear about it.

Oliver sent a letter to Jurgen explaining the situation,  and the boss came through. Oliver spoke with Aidan Power from the iRadio Breakfast Show ‘Aidan and Oonagh in the Morning’ about how the idea to write to Jurgen came about and he encourages other families in similar situations to also try writing to famous people saying you’ve only the price of a stamp to lose!

Listen back to Oliver’s chat with Aidan:

Here’s the full letter from Jurgen to Luke: 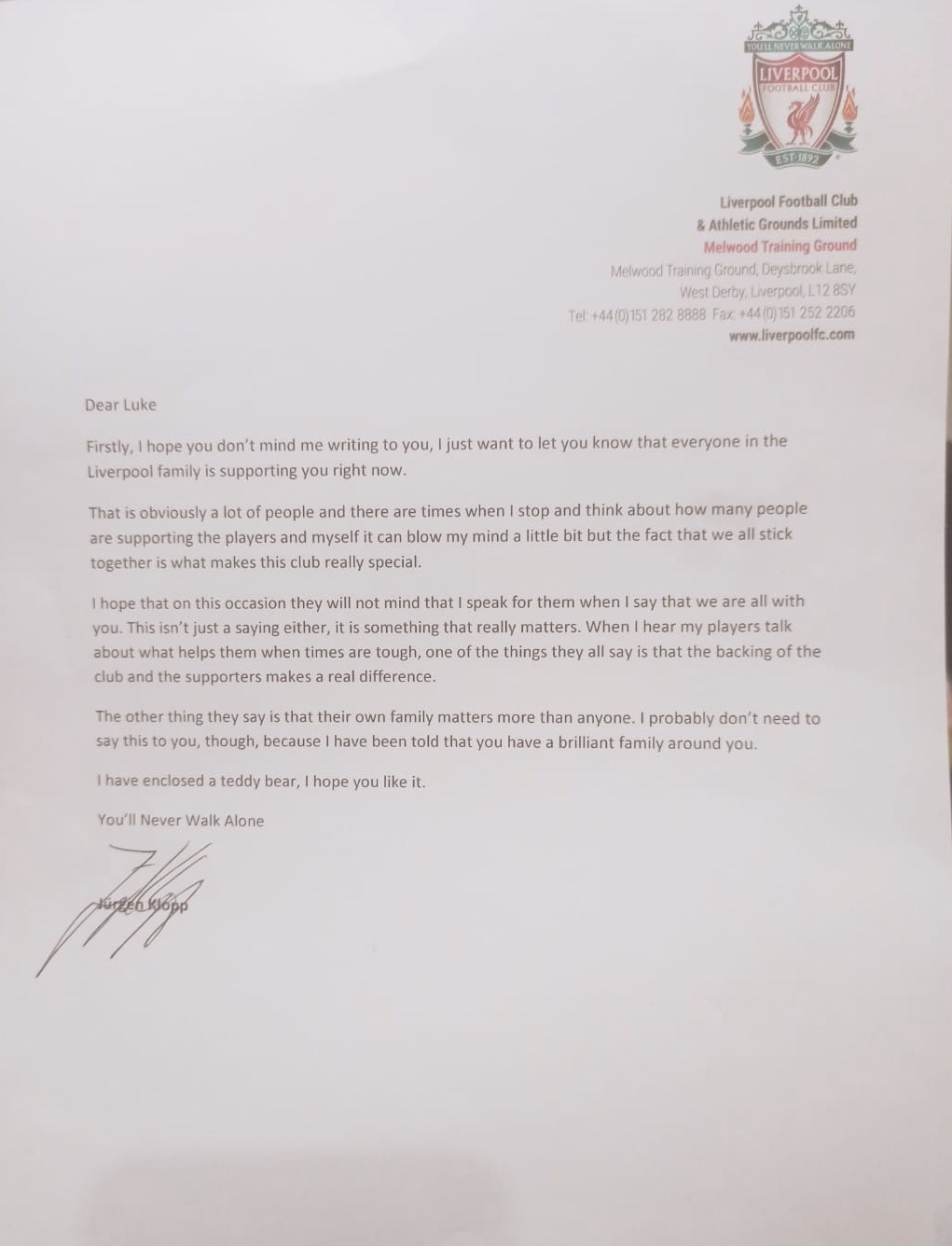