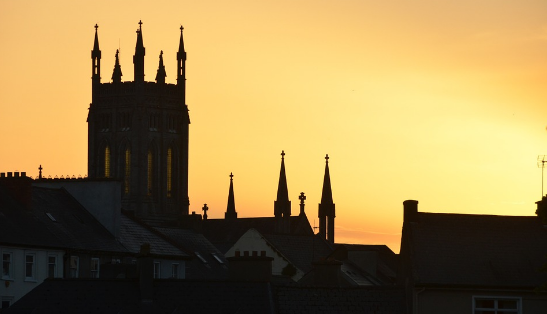 ”If you’re on the hunt for some ghostly figures, you’ll want to explore Kilkenny”.

Kilkenny has been named as one of the most haunted places in Europe by a top US travel publisher.

Website ‘Travel and Leisure’ describes the city as being the site of the country’s first witch trial.

They also note a 1763 tragedy, “when 16 people drowned in the river after a bridge collapsed during a flood.

“Today, people report seeing creepy figures in the River Nore that rise above the mist in the early morning.”

The popular New York-based travel guide states: “If you’re on the hunt for some ghostly figures, you’ll want to explore Kilkenny, Ireland. This Irish city has a storied past, filled with tragic. events that allegedly left behind spirits that visitors still witness today.”

Other locations making the list are Poveglia Island in Italy, and The Tower of London.

Danny and Jourdan are latest Love Island couple to split