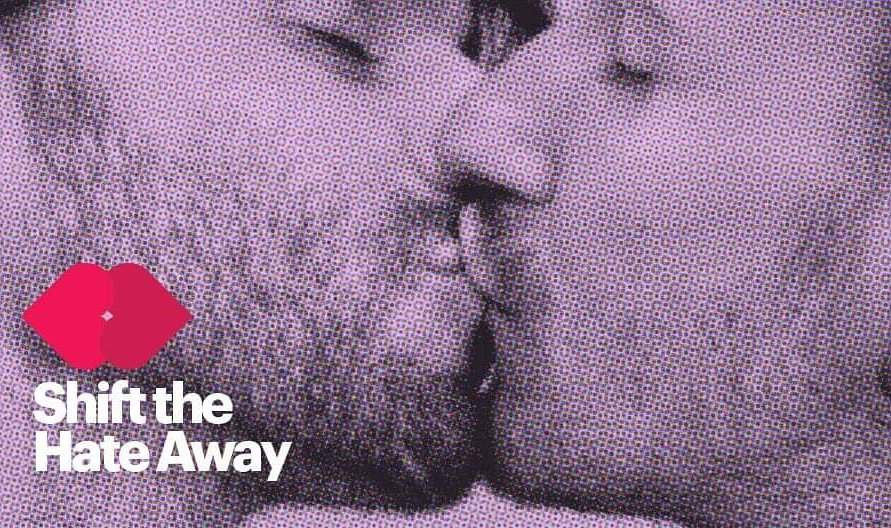 A kissing protest took place outside the Dail at lunchtime today.

The demonstration aimed to highlight the lack of hate-crime legislation in place to prevent homophobic attacks.

The ‘Shift The Hate Away’ demonstration comes after two attacks on gay men in recent weeks because of their sexuality. Campaigners claim the recent attacks on Danilo Matta and Marc Power are just two of many that take place, with most going unrecorded.

Organiser Niall Cowley says they just want to be able to show affection like anyone else:

“For a long time Dublin had become very progressive and the LGBT community felt safer.

In the last few months there has been a frightening surge of violent hate acts, so we wanted to react to that.”

LGBTQ activists and supporters stage a kiss-in protest against hate crime outside the Dáil. #shiftthehateaway pic.twitter.com/GQFVFgJhvP

In mid-October Marc Power from north Dublin was lured to an assault on a Tuesday night by what he believes to have been a fake profile on the gay dating app, Grindr. The youths were carrying weapons including hammers and called him a “f****t” and a “pervert” during the assault, he told the Irish Times.

Meanwhile in late September, Danilo Matta was beaten with steel bars by a gang of thugs outside of his apartment. Matta is a native of Brazil and had been living in Ireland for about 18 months before the attack. He took to Facebook to detail the horrifying attack which allegedly started when the group saw him kiss his boyfriend outside of their flat.