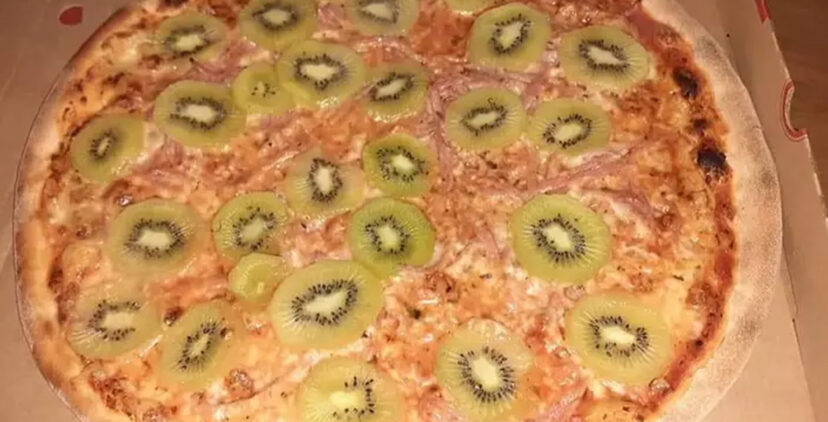 A restaurant is being slammed online for having kiwi as a pizza topping.

An unnamed tourist has shared a picture of the delicacy on Reddit saying it came from a Danish pizzeria. It was shared alongside the caption:

“Kiwi pizza from a Danish pizzeria, an unholy abomination”.

Kiwi pizza from a Danish pizzeria, an unholy abomination from r/shittyfoodporn

Naturally, people are precious about their pizza toppings and the post has garnered hundreds of comments already. A lot of people were disgusted by the whole thing with one person saying:

“This makes me unreasonably angry”

Another person added they “find it hard to believe there’s freaks out there who would even do this.”

While another commenter simply said:

“This is the slippery slope that permitting pineapple has resulted in.”

However, a lot of people were also curious about the whole thing with someone else pointing out that “if pineapple goes great on a pizza (imho) then I would not mind tasting pizza with kiwi. I would not mind at all.”

Would you give it a go?